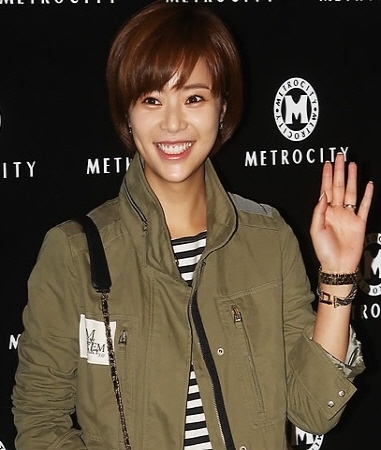 She appeared on the KBS 2TV "Star Drama" on January 9th and spoke about her days in a girl group up until she changed professions.

Recently, she's been studying the script for the drama "Full House 2" along with a Korean dictionary for accurate pronunciation.

She said, "My pronunciation isn't that great so I read the dictionary while I'm reading the script. I also speak fast because of my impatience".

The "Dictionary for Accurate Pronunciation" is a dictionary for prolonged and short sounds. It's a textbook for various actresses, actors and voice actors to practice their speaking and make it sound better.

Hwang Jung-eum spoke about the difficulties she had after she left the girl group Sugar and changed her profession.

"Hwang Jung-eum reads the Korean dictionary for accuracy"
by HanCinema is licensed under a Creative Commons Attribution-Share Alike 3.0 Unported License.
Based on a work from this source