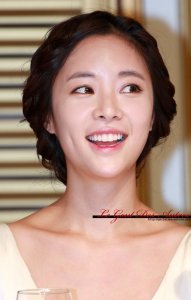 She will attend various events at the film festival and meet with moviegoers there.

Hwang debuted in the spotlight as a member of girl group Sugar in 2002, but her real rise to stardom came in 2009 when she appeared in MBC's hit sitcom "High Kick Through The Roof".

She has a starring role in horror thriller "Death Bell 2: Bloody Camp", which is due to be released this summer and also screen at PiFan.