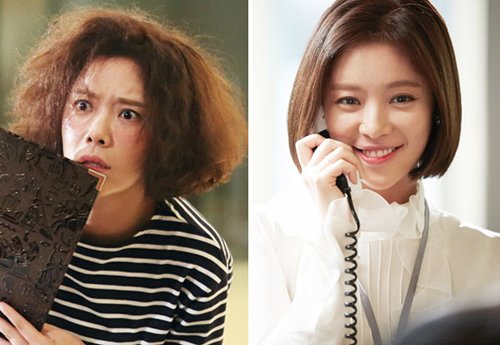 MBC suffered a storm of complaints on Oct. 14 when it cancelled an episode of the soap "She Was Pretty" to air a semi-playoff match between the Doosan Bears and the Nexen Heroes.

This week things were different. "We decided not to cover one of the postseason baseball games", an MBC staffer said Tuesday.

Yet "She Was Pretty" started with a humble rating but it kept growing with every episodes.

The success is largely due to the star of the show, Hwang Jung-eum, who is brilliant and captivating in the role of a plain woman without confidence.

"Hwang is a beautiful actress who could never look ugly even with ugly makeup", one viewer gushed. "But she acts so well".

"She Was Pretty" is a stereotypical romantic comedy. Hwang scrapes through job market and becomes an intern at a fashion magazine. There she bumps into her first love, who has grown from an innocent chubby boy into a dashingly handsome man.

Hwang made her debut with girl group Sugar in 2002, but remained relatively unnoticed compared to other the members. She left Sugar after two years and turned to acting.

At first she fumbled, but things started to change in 2009 with the sitcom "High Kick Through The Roof", where she played an immature and none-too-bright student at an obscure university. Her acting has improved remarkably ever since, and now she is one of the most sought-after performers in the industry.

"Hwang Jung-eum Wows Audiences in Dowdy Role"
by HanCinema is licensed under a Creative Commons Attribution-Share Alike 3.0 Unported License.
Based on a work from this source