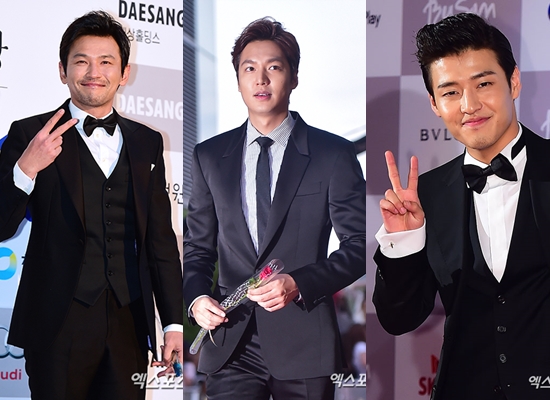 However, no more details were provided about whether or not they've cancelled the policy ruling out proxy acceptance of award, other than the list of actors whose attendance has been confirmed.

Prior to this, Grand Bell Awards said during the ambassador appointment ceremony and press conference on the 14th of last month, "Proxy acceptance is not suitable for a nationwide film awards. If the recipient would not be present, the award will be voided" and "will select two recipients for each section", which caused controversy.

The organization later announced, "Will distribute press release including the details on the no proxy acceptance policy on November 13th or 14th".

The 52nd Grand Bell Awards will be held in KBS Hall on November 20th and the ceremony will be broadcast live starting at 7:40 PM.

"Hwang Jung-min, Lee Min-ho, Kang Ha-neul confirmed to attend the 52nd Grand Bell Awards (Daejong Film Awards)"
by HanCinema is licensed under a Creative Commons Attribution-Share Alike 3.0 Unported License.
Based on a work from this source