Hwang Young-hee, "I was not married and nameless" 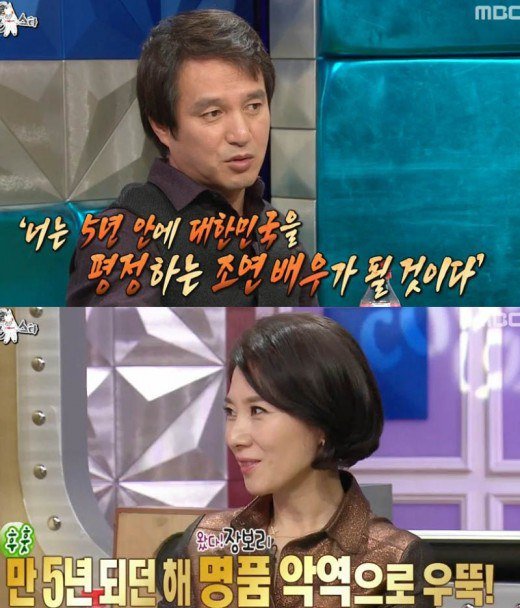 She appeared on the MBC drama "Radio Star" with Cho Jae-hyun, Lee Kwang-ki and Lim Ho on the 3rd.

Cho Jae-hyun had already told her, "You are going to be a leading actress in Korea". And Hwang Young-hee had reached her peak with "Jang Bo-ri Is Here!".

Hwang Young-hee said, "My brothers treat me differently. I have three elder brothers and they thought I was garbage at first".

Her long, nameless career is one of the reasons. She continued, "They're not much different from me, but they still look at me differently. It's like they're acknowledging me as an actress".

"Hwang Young-hee, "I was not married and nameless""
by HanCinema is licensed under a Creative Commons Attribution-Share Alike 3.0 Unported License.
Based on a work from this source