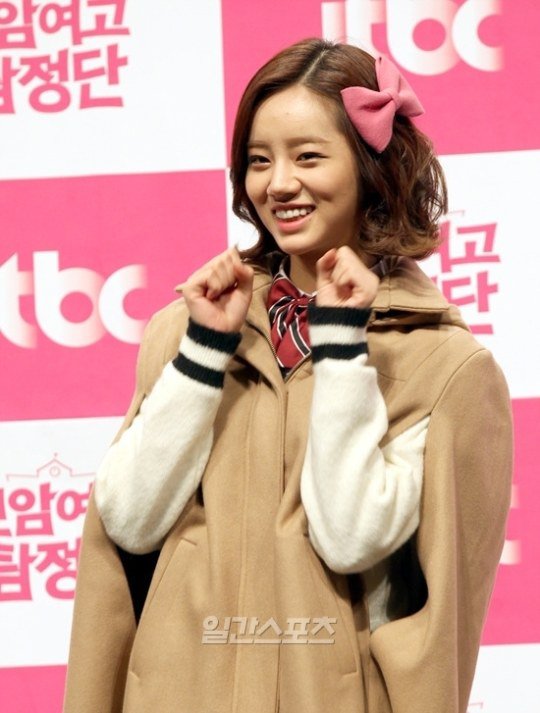 Dream T Entertainment claimed two months ago that she was offered a role in the drama and that she was considering it.

Hyeri plays Sung Dong-il and Lee Il-hwan's daughter. The funny thing about her character which isn't clear yet, is that her brother is a very old-looking person and someone who is more than 10 years apart from her is being sought. This is Hyeri's third drama this year. She's on her way to setting a name as an actress for herself.

"Answer Me 1988" has almost finalized casting but still everything is being progressed under secrecy. Sung Dong-il, Lee Il-hwa, Kim Sung-kyun, Ra Mi-ran and others are starring in the drama.

"Hyeri, will she become the next in "Answer Me 1988"?"
by HanCinema is licensed under a Creative Commons Attribution-Share Alike 3.0 Unported License.
Based on a work from this source