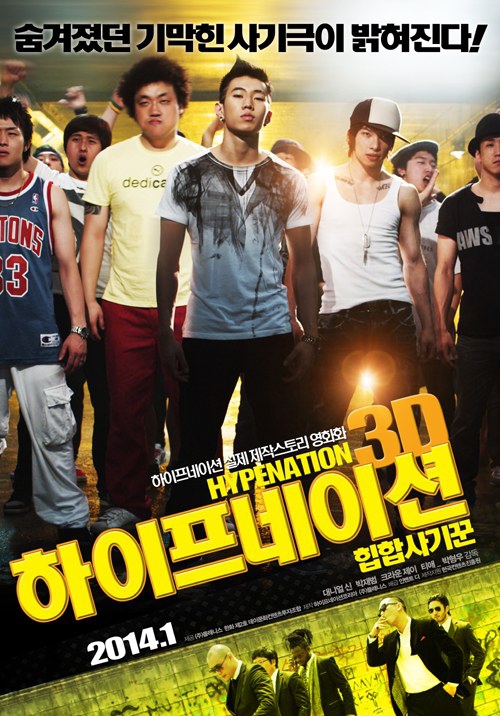 Jay Park's first movie "Hype Nation 3D" rounded up a small amount of viewers on the first day of its release.

According to the films computer network, "Hype Nation 3D" gathered 567 people on the first day.

"Hype Nation 3D" started off as a 3D dance movie but was put on hold due to the act of fraud by the producer J. Lee.

The movie seemed to be disappearing but directed Park Hyeong-woo-I picked it up and transformed it to a black comedy by adding scamming into it. "Hype Nation 3D" is now out with the subtitle, 'the hip hop con artist'.

Fans have been anticipating the movie since the news of former 2AM member Jay Park's cast. However, the movie only ranked 29th in the Box Office.

""Hype Nation 3D" rounds up 500 on release date"
by HanCinema is licensed under a Creative Commons Attribution-Share Alike 3.0 Unported License.
Based on a work from this source