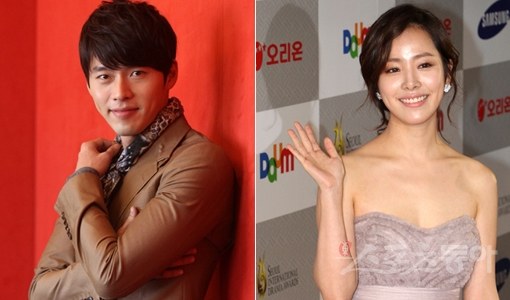 Hyun Bin and Han Ji-min are meeting in a historical movie.

The two are meeting each other as King Jeong-jo and Queen Jeong-soon in the movie "The King's Wrath" which is based on the Chosun background.

Jeong-jo and Jeong-soon are politically conflicted characters. The truly existing characters are coming together again with a different relationship. Han Ji-min is currently in negotiating terms with the contract.

"The King's Wrath" is about Jeong-jo who is always at risk of being assassinated and two men who protect him. Han Ji-min holds another side of the story in the movie. She conflicts with Jeong-jo endlessly. She comes back with charisma as this is her first movie in two years since "Detective K".

"The King's Wrath" is also Hyun Bin's return project so even more reason to be in the highlight.

"The King's Wrath" starts filming in Jeon-ju and Hyun Bin is currently busy with horseback riding lessons as he needs that the most.

"Hyun Bin and Han Ji-min's historical experience"
by HanCinema is licensed under a Creative Commons Attribution-Share Alike 3.0 Unported License.
Based on a work from this source