Hyun Bin film sells to the UK at France 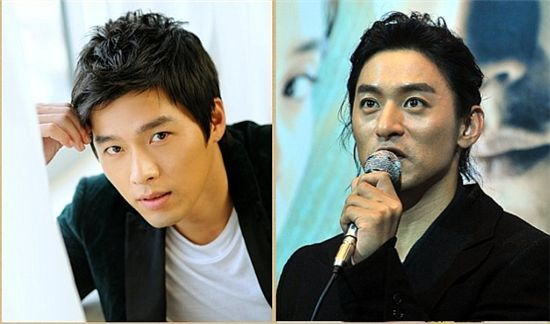 Korean film "The Battle of Yellow Sea", starring heartthrob Hyun Bin, has been sold to the United Kingdom on the eve of the ongoing Cannes Film Market in France.

"The Battle of Yellow Sea", directed by famed film director Kwak Gyeong-taek, was sold to Showbox for the U.K. at the market held concurrently with the Cannes Film Festival, reported film magazine Screen International on Tuesday.

Joo Jin-mo also stars in the film, a 3D action drama based on the true story of the Second Battle of Yeonpyeong which occurred in June 2002, when a North Korean patrol boat crossed the sea boundary line and engaged in a marine confrontation with South Korea.

"The Battle of Yellow Sea", to be produced on a 15 billion won budget, is in pre-production stages and will go into shoot starting next month.

Hyun Bin, also the current boyfriend of top Korean actress Song Hye-kyo, has been a star in the Asian region since appearing in MBC's smash hit TV series "My Name is Kim Sam-soon" in 2005.

Joo Jin-mo, who starred opposite actress Kim Ah-joong in film "200 Pounds Beauty", is set to appear in the Korean remake "The Invicible" of John Woo's classic Hong Kong noir film "A Better Tomorrow" this year alongside Hallyu star Song Seung-heon.

"Hyun Bin film sells to the UK at France"
by HanCinema is licensed under a Creative Commons Attribution-Share Alike 3.0 Unported License.
Based on a work from this source