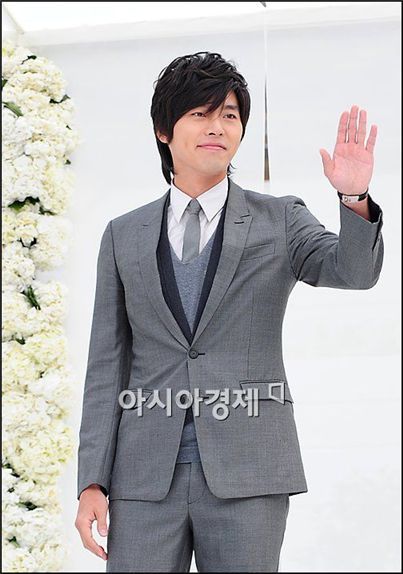 Actor Hyun Bin may enter the Korean military in early November, according to a sports newspaper on Thursday.

Local sports daily IS Plus reported that the actor will be entering Nonsan military camp in South Chungcheong Province on November 1 to start receiving five weeks of basic training as part of fulfilling his two-year mandatory military duties.

However, Hyun Bin's agency AM Entertainment downplayed the report, explaining "Nothing has been set as of yet. He hasn't gotten a draft notice yet, so it's difficult to say whether he will be entering the military on November 1".

The official added that the actor is looking into a follow-up role and that he hopes he will get to appear in one more production before he enters the military.

Born Kim Tae-pyung, Hyun Bin made his debut in 2003 in KBS drama "Bodyguard" and rose to fame for his role in the hit series "My Name is Kim Sam-soon" alongside actress Kim Sun-ah.

He also starred in other dramas including "Friend, Our Story" and "Worlds Within" with current girlfriend Korean actress Song Hye-kyo.