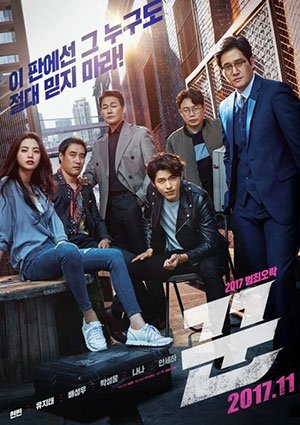 The film has attracted 1.69 million viewers since its release last Wednesday.

Hollywood superhero film "Justice League" came second with just 258,200 viewers over the weekend, bringing the total since its release on Nov. 15 to a disappointing 1.62 million. It was followed by "Happy Birthday" with 146,000 viewers.

"The Swindlers" is about a con artist and a prosecutor who team up to track down an infamous con man involved in a major heist.

"Hyun Bin's new crime flick nears 2 million viewers in a week"
by HanCinema is licensed under a Creative Commons Attribution-Share Alike 3.0 Unported License.
Based on a work from this source