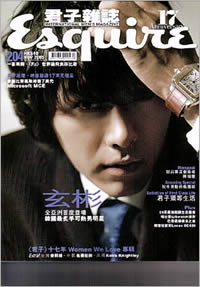 Hyun Bin, the hero of this summer's hit drama "My Name is Kim Sam-soon", will be on the cover of a special edition of the Hong Kong version of Esquire magazine.

The issue will also feature an article introducing him as a Korean actor likely to conquer Asia and an interview about his daily life, the source said.

Hyunbin rose to stardom after appearing in two dramas -- "Ireland" and "My Name is Kim Sam-soon" -- and is currently shooting the movie "A Millionaire's First Love" directed by Kim Tae-gyoon. He will try to branch out Asia-wide next year.