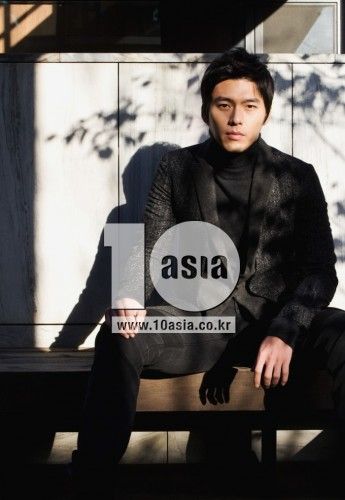 Korean actor Hyun Bin will release a single album in Japan, according to his agency AM Entertainment on Wednesday.

"The actor will be releasing a single album in Japan for his fans", a representative from AM explained, stressing that it "does not mean the start of a singing career".

The rep went on to say the album features two songs that were written specifically for Hyun Bin, which he had already performed in the country during his fan meeting on April 29.

She added that a date has yet to be set for the release of the album.

On the same day, Hyun Bin will unveil his video pictorial that was shot in Hawaii to promote his new film tentatively titled "Late Autumn", also starring Chinese actress Tang Wei, which recently wrapped up filming in the U.S.

Hyun Bin, whose real name is Kim Tae-pyung, made his debut in 2003 in the KBS drama "Bodyguard" and rose to fame for his role in the hit series "My Name is Kim Sam-soon" alongside actress Kim Suna.

He starred in other dramas including "Worlds Within" and "Friend, Our Story".