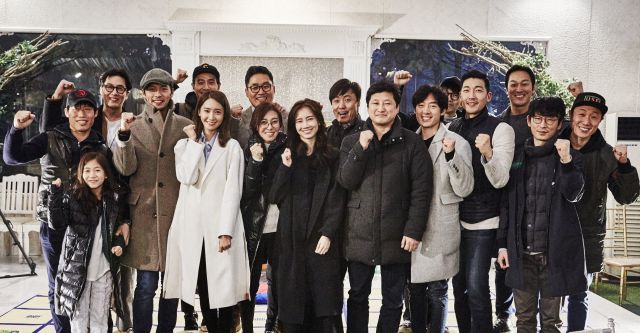 "Confidential Assignment" begins filming on March 10th. The film is a blockbuster action movie about a classified cooperative investigation by detectives from South and North Korea to chase after North Korean organized crime gangsters, who fled into South Korea. The glamorous lineup of the cast drew much attention earlier.

Hyun Bin plays Lim Cheol-ryeong, a North Korean detective dispatched to South Korea. He is an elite member of a Special Forces, who shows off bold attitude in taking actions, instinct decision making skills and trained agility. Yoo Hae-jin plays Kang Jin-tae, a detective from a serious crime unit, who joins the South Korean team of the cooperative investigation squad.

"Hyun Bin, Yoo Hae-jin and Yoona, powerful cast: 'Confidential Assignment' filming begins on March 10th"
by HanCinema is licensed under a Creative Commons Attribution-Share Alike 3.0 Unported License.
Based on a work from this source