Hyun Young in a relationship with finance executive 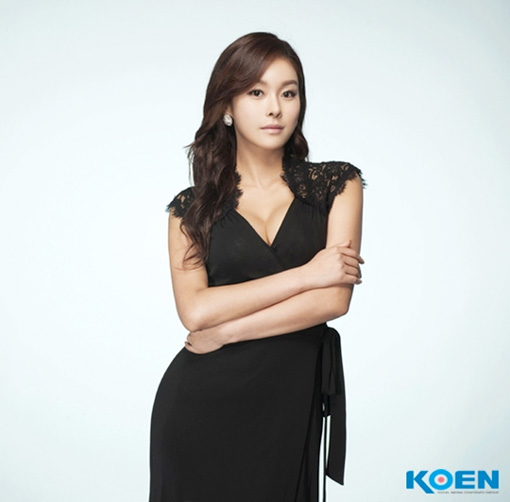 Entertainer Hyun Young (Yoo Hyeon-yeong, 35) is currently in a relationship with 'A' (39) a financial worker who is four years older than her.

According to someone who's seen them together, they met through friends last March 2011, and started officially dating in August the same year.

'A' is a member of a financial company. He is tall and good looking. Hyun Young apparently is attracted to the way he speaks, and he is quiet, sincere, trustable and full of leadership. Multi-sportsman 'A' and cheerful Hyun Young have a lot in common.

The two have been enjoying themselves by working out and going hiking. They got close very quickly as they like to go to music cafes and simply listen to music together.

'A' felt attracted to the way Hyun Young had good deeds ahead of her, unlike the characters she portrays on TV. She hosted the MBC FM4U radio show "Songs of Hope in the Afternoon" in order to gather blood donors to donate and helps children with cerebral palsy.

They haven't been seeing each other for more than a year but seeing that they are both at the age of marriage, that could be a consideration.

A spokesperson for 'A' said, "They haven't talked about marriage yet but they should be since they are at that age".

Hyun Young has a busy schedule these days with cable channel XTM's "She Doesn't Like You" and Y-Star's "The Eating Expedition". She is also working hard on her fashion brand "S Line". She has been offered many roles in movies and dramas so she should continue to be busy this year.

"Hyun Young in a relationship with finance executive"
by HanCinema is licensed under a Creative Commons Attribution-Share Alike 3.0 Unported License.
Based on a work from this source