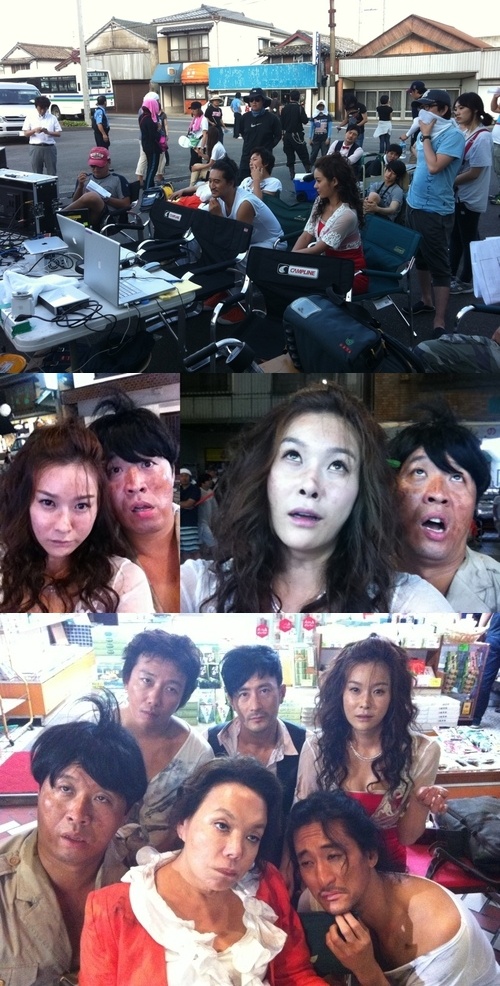 On the 28th of June, she uploaded a picture taken with comedian Jung Joon-ha under title "We are so happy".

She then wrote another title saying "Our family is in the best condition today" and followed with picture with the other casts of the movie but they look unusual.

They are all wearing worn down clothes with dirty faces and looking serious.

Those who have seen her picture say, "What is on all of your faces?", "Kim Soo-mi is the best", "Comedian Jung Joon-ha's face made me reel over", "Hyun Young, I've never seen you like this", "Kim Soo-mi's face is the best" and more.

"Hyun Young "Marrying the Mafia IV - Family Ordeal" messy and dirty "Kim Soo-mi is the best""
by HanCinema is licensed under a Creative Commons Attribution-Share Alike 3.0 Unported License.
Based on a work from this source