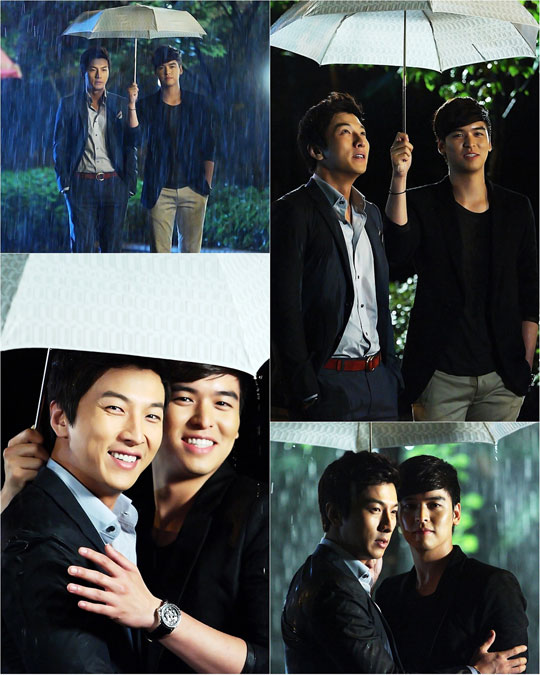 Lee Jang-woo and Park Gun-hyung were caught in a weird moment.

MBC drama "I Do, I Do" revealed a picture of the two standing side by side under an umbrella. Unlike the rivals in the drama fighting for Kim Sun-ah, they seemed to share a kind of tenderness for each other close enough to share an umbrella together.

This picture is a part of a scene that will be aired tonight and they won't be fighting like cats-and-dogs but walking together with an umbrella and an awkward space between them.

Meanwhile, on the tenth episode of the drama last week, Kim Sun-ah and Lee Jang-wo kissed and officially started their romance. Kim Seo-ah announced she was giving up the CEO position and Lee Jang-woo was offered a chance to go to the States to study. Lee Jang-woo and Park Gun-hyung's struggle to win over the heart of Kim Sun-ah will be conitnued on the 4th at 9:55PM on MBC.

""I Do, I Do" Lee Jang-woo and Park Gun-hyung 'rivals'? "
by HanCinema is licensed under a Creative Commons Attribution-Share Alike 3.0 Unported License.
Based on a work from this source