"I Do, I Do" shoe designer Kim Sun-ah 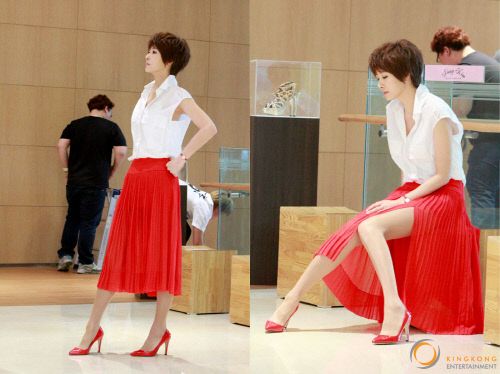 Kim Sun-ah who is coming back with MBC drama "I Do, I Do" at the end of May, revealed her sexy legs. 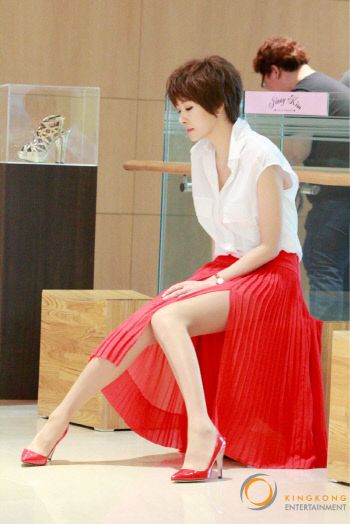 Taking on the role of proud and charismatic shoe designer Hwang Ji-an, Kim Sun-ah is wearing a white shirt with a red skirt and a pair of red high heeled shoes in the picture. They way her skirt reveals her legs when she's sitting down adds more feeling. 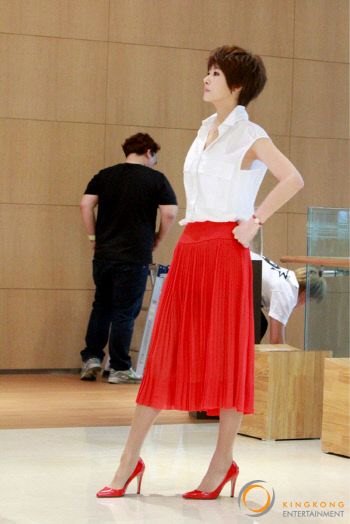 Kim Sun-ah cut her hair short to transform into the chic and charismatic character. "I Do, I Do"is about the romance between super alpha girl and shoe-holic designer Kim Sun-ah and Lee Jang-woo who dreams of a new life as a professional shoe designer from a fake one. To be aired after "The King 2 Hearts".