"I'm Not a Robot" Yoo Seung-ho Is Romantic 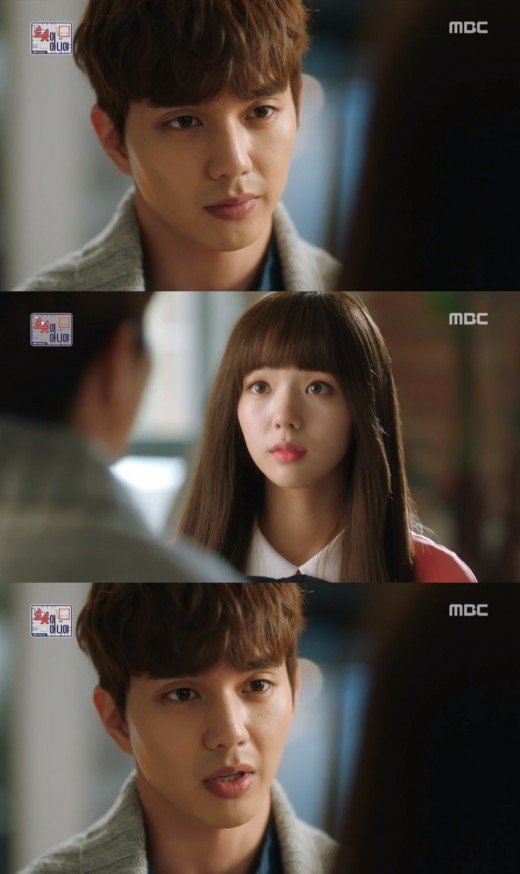 On the latest episode of the MBC drama "I'm Not a Robot", Kim Min-gyoo (Yoo Seung-ho) made Jo Ji-ah (Chae Soo-bin) open up to him a little.

Because the scientists accidentally broke Azi 3(Chae Soo-bin), they needed a substitute to send to Min-gyoo. Azi 3 was modeled after Ji-ah, who agreed to play the part of the robot for a fee. She was then delivered to Min-gyoo.

When Ji-ah first saw Min-gyoo, she yelled in surprise because they'd met before under less-than-nice circumstances. Hong Baek-hyoo (Uhm Ki-joon) explained her behavior away during a phone call by pretending that she was in friend mode. It worked. After a whlie, Min-gyoo opened up to her.

He even sweetly confessed to her. "I am trying to make room for me within you. Don't open the door for anyone else, only look at me".

""I'm Not a Robot" Yoo Seung-ho Is Romantic"
by HanCinema is licensed under a Creative Commons Attribution-Share Alike 3.0 Unported License.
Based on a work from this source