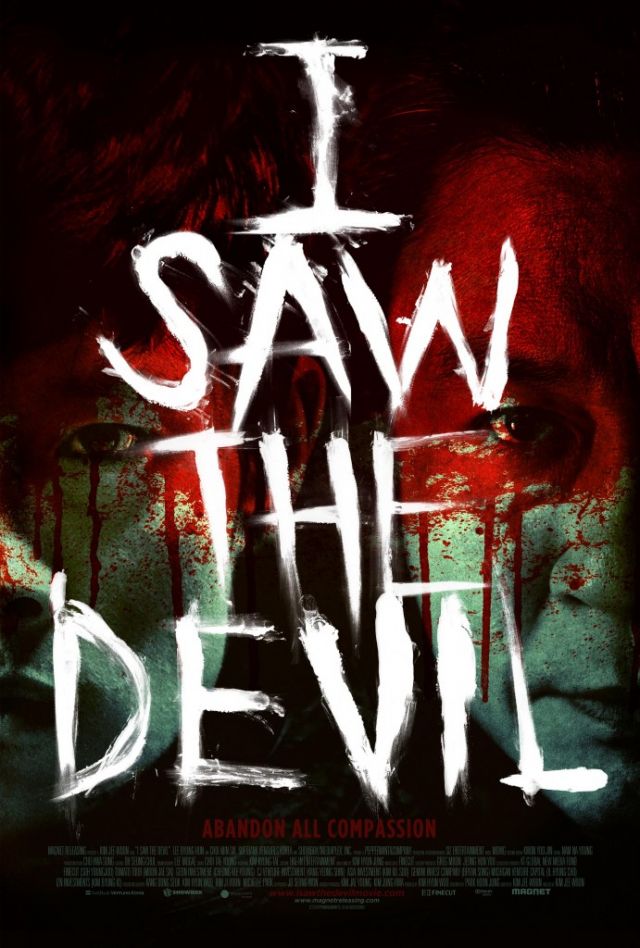 Mark Olsen, writing about "I Saw the Devil" in the Los Angeles Times begins his review with: "Bloody and bold, 'I Saw the Devil' is both the latest piece of horror-shock to emerge from South Korea and also something of a rebuking examination of the same. Directed by rising genre-star Kim Jee-woon, the film follows a government agent  meaning he knows how to get things done  as he goes off the rails when his fiancée is brutally murdered. Hunting down her killer, he becomes a relentless machine, burning with a quietly intense rage for revenge".

However, he also points out: "There is all the violent mayhem, for certain, but the thing that sets 'I Saw the Devil' apart is its undercurrent of real emotion and how unrelentingly sad it can be".

Olsen also calls attention to the music, writing "the score, credited to the musician Mowg, must get some mention  bubbling, contemporary crime jazz, pounding drum rumbles, delicate string interludes, the music surveys the same broad emotional vistas the movie does".

In reviewing "I Saw the Devil" in the New York Times, Jeannette Catsoulis describes the film by saying "this latest tale from the unpredictable South Korean director Kim Jee-woon is an operatically violent revenge fantasy" as well as "a droll Nietzschean fable that's fully aware of its lapses into absurdity".

"I Saw the Devil" opened at the Nuart in Los Angeles and the IFC Center 5 in New York last Friday, distributed by Magnet Releasing. It is also currently playing at the Lagoon Cinema in Minneapolis, Lumiere Theatre 3 in San Francisco and Shattuck Cinemas 10 in Berkeley. It will open in San Diego (CA), Denver (CO), Washington DC, Cambridge (MA) and Portland (OR) on March 18, with other cities  to follow.

Playdates are given on Magnet Releasing's website, and check out the official movie site for trailer and photo gallery.

""I Saw the Devil" Reviewed in Los Angeles Times, New York Times"
by HanCinema is licensed under a Creative Commons Attribution-Share Alike 3.0 Unported License.
Based on a work from this source