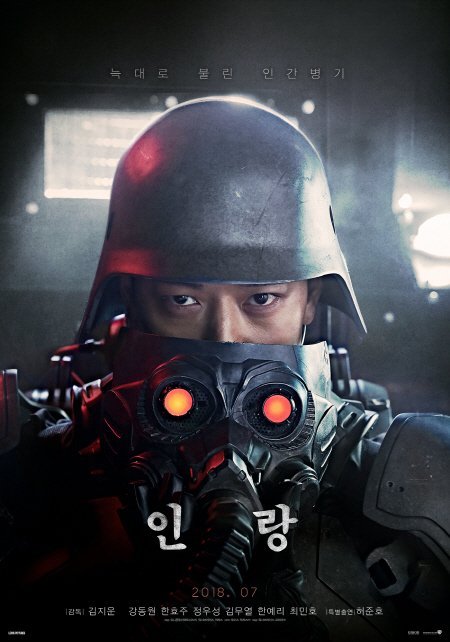 1.9 billion won film "Illang : The Wolf Brigade" came out with an IPTV (on demand viewing capabilities), 3 weeks after its release. It hasn't even drawn 1 million views yet.

The new VOD version of "Illang : The Wolf Brigade" is available. It can be seen on IPTV, digital cable TV VOD, and portal site downloads.

"Illang : The Wolf Brigade" was expected to be a hit maker along with "Along With the Gods: The Last 49 Days" and "The Spy Gone North", but the results fell short of expectation. Thus, there's criticism that the movie came out with a VOD just in time for National Liberation Day on the 15th of August.

"Illang : The Wolf Brigade" features Gang Dong-won, Jung Woo-sung, and Han Hyo-joo who are enough to draw attention alone. The cost of production was 19 billion won (~US$19 million) with a breaking point of 6 million viewers, but the number only adds up to 890,000 by the 14th. "Illang : The Wolf Brigade" came out with a VOD on the day "Along With the Gods: The Last 49 Days" hit the 10 million mark.

Criticism on SNS, issues with the cast, and strong competition seems to be the cause of failure.

""Illang : The Wolf Brigade" Releases VOD"
by HanCinema is licensed under a Creative Commons Attribution-Share Alike 3.0 Unported License.
Based on a work from this source