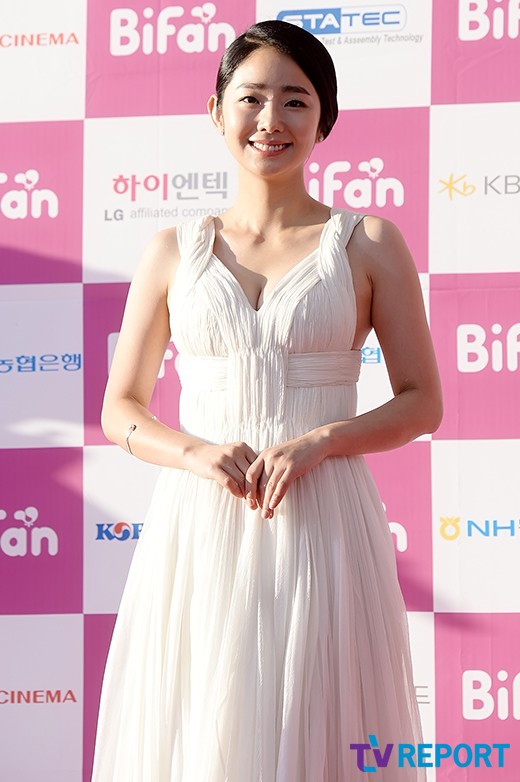 The up and coming actress Im Hwa-young has landed leading role for the crime thriller movie, 'The Tooth and the Nail'.

Multiple insiders of movie industry told TV Report, "One of the most notable new actresses on Chunmoro this year, Im Hwa-young has been cast in movie, 'The Tooth and the Nail'.

Im Hwa-young has been building her acting skills through stage plays and short films. She also captivated viewers with her elegant appearance as a commercial model for Asiana airline, which is regarded as a gateway for actresses.

She later appeared in MBC's weekend drama, 'The Legendary Witch' and director Kim Ki-duk's "One on One", director Kim Dong-hoo's "Made In China", and director Kim Hwi's "The Chosen: Forbidden Cave". She is currently starring in SBS Wednesday & Thursday drama, "Yong Pal" and filming director Kim Tae-yong-I's new film, "Misbehavior".

An insider with the movie said, "The master of thriller movie, director Jeong Sik's new film, 'The Tooth and the Nail' has an actress for leading role this time. Many actresses were eying on this role because the role has attractive screen presence. Among all the competitors, Im Hwa-young grabbed the opportunity" and "People say that if we had Lim Ji-yeon last year, it's Im Hwa-young this year".

This movie is based on the novel with the same title by Bill S. Ballinger, 1955. A famous magician falls in love with a woman like a destiny and dreams of happy life; however he gets involved in a murder case inadvertently.

Go Soo will play the famous magician role, Seok-jin and Kim Joo-hyuk took on the role as Do-jin, the one in the center of the murder case. Park Sung-woong will play as a prosecutor. Im Hwa-young plays Ha-yeon, the woman Seok-jin loves, who holds the key for the secrets of the murder case.

Cine Guru is the investor and distributor of this movie. 'The Tooth and the Nail' will begin filming in the first week of October.

"Im Hwa-young lands leading role in movie 'The Tooth and the Nail'"
by HanCinema is licensed under a Creative Commons Attribution-Share Alike 3.0 Unported License.
Based on a work from this source