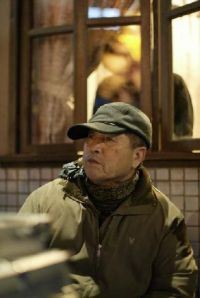 Prolific and renowned director Im Kwon-taek is working on his 101st project titled "Son" (English translation: "hand"), the film will premiere at next year's Jeonju International Film Festival in May.

"Son" will be a melancholic road movie about the search for a person with 'skilled hands' in making hanji, traditional Korean paper. The film will interweave multiple storylines.

Im's previous film was "Beyond the Years", a film related to his most successful work Seopyeonje. He won Best Director award at Festival de Cannes 2002 for "Chihwaseon". Both "Chunhyang" and "Chihwaseon" were candidates for Cannes' Palme d'Or.

Im is a celebrated director in Korea and Europe. His latest European distinction was the most prestigious French title Chevalier de l'Ordre de la Legion d'Honneur in 2007.