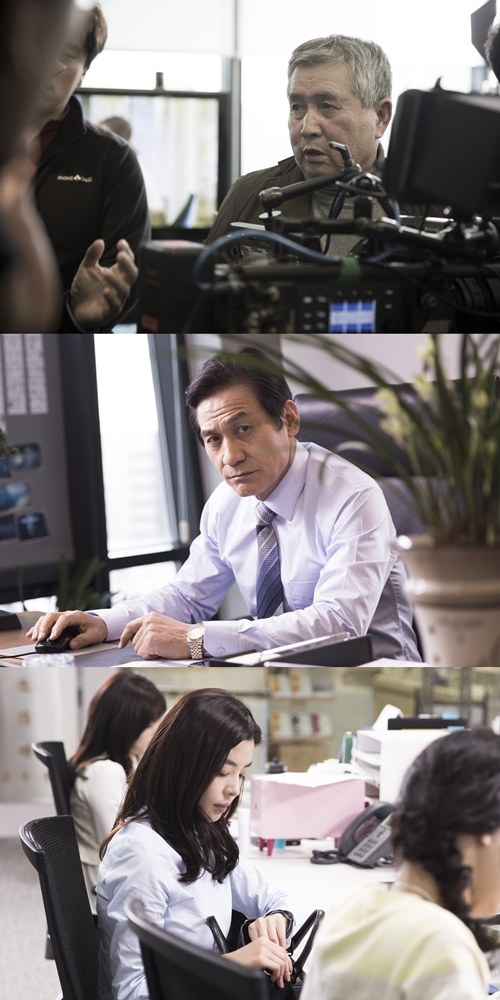 Apparently it cranked in on the 1st of January.

"Revivre" is about a middle aged man who is stuck between his dying wife and a younger woman he loves. It is based on a novel written by Kim Hoon which is also the Grand Prize winner of the 28th Top Literature Awards.

The first scene was of Oh Sang-moo (Ahn Sung-ki) and junior staff Choo Eun-joo (Kim Gyu-ri) running into each other for the first time at the office and where he falls for her.

Ahn Sung-ki and Kim Gyu-ri were perfectly possessed by the characters and had a successful first shoot.

Ahn Sung-ki said, "The director knows best and judges well so I'll play along with him" showing deep trust for the man he's worked with 11 years ago.

Kim Gyu-ri said, "I am happy to work with the director for the first time in 10 years and it's special because it's the first day of the New Year".

Meanwhile, "Revivre" will be released early this year.

"Im Kwon-taek's 102nd movie "Revivre" cranks in"
by HanCinema is licensed under a Creative Commons Attribution-Share Alike 3.0 Unported License.
Based on a work from this source