Im Sang-soo used Go Hyun-jung as a model for his movie? 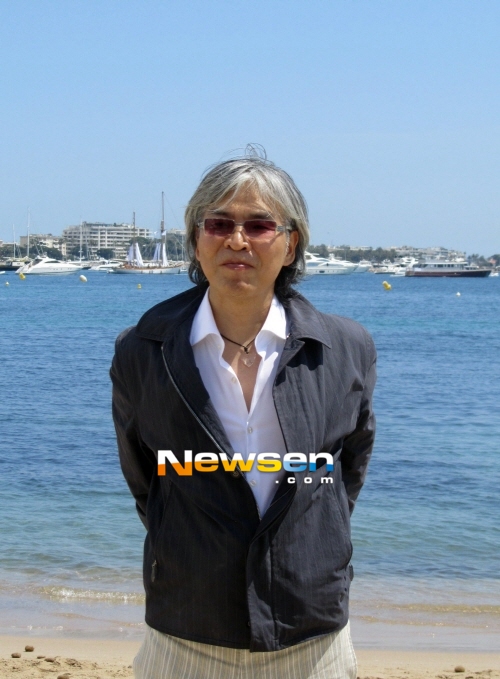 Director Im Sang-soo finally said something about the question if he was referring to Go Hyun-jung in his movie "The Taste of Money" when the actress gets divorced from a second generation plutocrat.

In an interview with the French Cannes Pavilion Films Commission Booth, Im Sang-soo answered, "Is Go Hyun-jung the only actress who has been divorced?" when he was asked the question if he used her as an example for the actress getting divorced.

Yoon-cheol (On Joo-wan) got married to an actress in the movie and got divorced with 2 kids between them. In "The Taste of Money", Yoon-cheol's sister Yoon Na-mi (Kim Hyo-jin) lets his ex-wife meet her children without him knowing.

Im Sang-soo continued, "I didn't think meeting the kids in a restaurant would be good. I preferred them having a picnic".

In the movie, the actress who played the actress isn't a very well known one. Yoon-cheol is the son of Baek Geum-ok (Youn Yuh-jung) and chairman Yoon and a second generation plutocrat who is even more addicted to money. Yoon-cheol is completely influenced by capitalism and isn't afraid to deal under the table and schemes to take over Baek's group's wealth illegally.

"The Taste of Money" deals with the high class plutocrats and their addiction to money as well as their passion and vested interests. "The Taste of Money" has been invited to the 65th Cannes International Film Festival which will be held from the 16th to the 27th.

"The Taste of Money" was also spoken highly about by commissioner Thierry Frémaux saying, "This is the best movie in its category. The classic Mise-en-scene is outstanding. Im Sang-soo follows traditions when using the camera and I think that is amazing".

"The Taste of Money" was released on the 17th.

"Im Sang-soo used Go Hyun-jung as a model for his movie?"
by HanCinema is licensed under a Creative Commons Attribution-Share Alike 3.0 Unported License.
Based on a work from this source