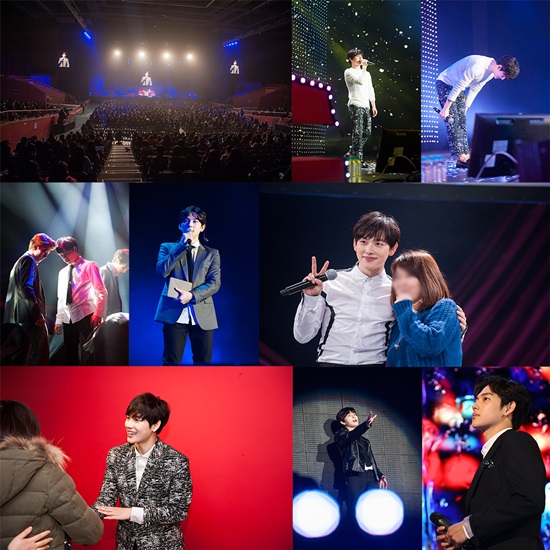 Im Si-wan shared his stories with his fans, while they watched clips from his previous dramas and movies. He also entertained his fans by doing improv with a teddy bear.

During the fan meeting in Seoul, director Kim Won-seok and actor Lee Sung-min of tvN's "Incomplete Life" made a special guest appearance on the stage. These surprise guests showed off their friendship with Im Si-wan and also lavished on Im Si-wan's acting and singing talents.

Im Si-wan also listened to problems from his fan and counseled them during the meeting. He also performed EXO's 'Growl' and Taeyang's 'Look at me only'.

Im Si-wan thanked his fans for the successful completion of the fan meeting Asian tours and hoped he'd be able to meet his fans again.

Im Si-wan began filming for movie ' A Melody to Remember' on May 18th.

"Im Si-wan successfully completes his first Asian fan meeting tour"
by HanCinema is licensed under a Creative Commons Attribution-Share Alike 3.0 Unported License.
Based on a work from this source