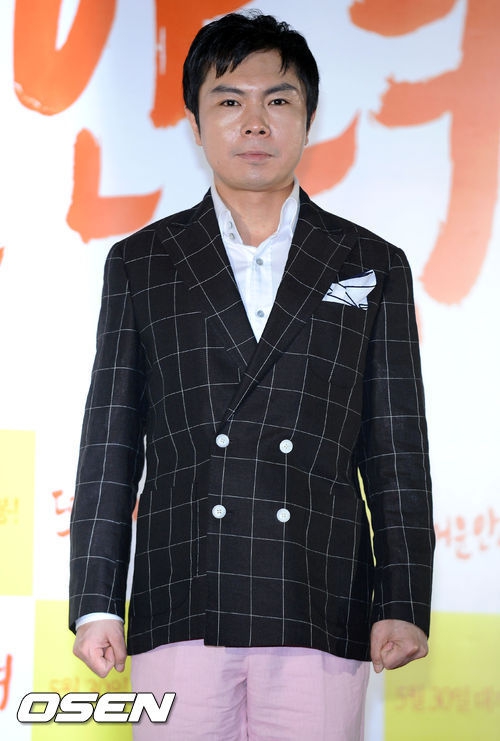 Actor Im Won-hee has been cast in the movie "Makgeolli Girls".

"Makgeolli Girls" is based on the story of high school girls creating a new kind of Makgolli and patenting it. The main character of the story struggles to carry on her father's family business.

Im Won-hee takes on the role of the funny looking but loyal Biology teacher Jang Ttol. He is a master of Taekyon which allows him to dominate his enemy at once and is one who gives his students a lot of help in creating the Makgolli.

He is also going romanticize with Kim Ha-jeong (Go Eun-mi) who he meets as a colleague.

Meanwhile, Im Won-hee is about to leave Korea for the SBS TV show "Rules of The Jungle in Borneo".

"Im Won-hee in "Makgeolli Girls""
by HanCinema is licensed under a Creative Commons Attribution-Share Alike 3.0 Unported License.
Based on a work from this source