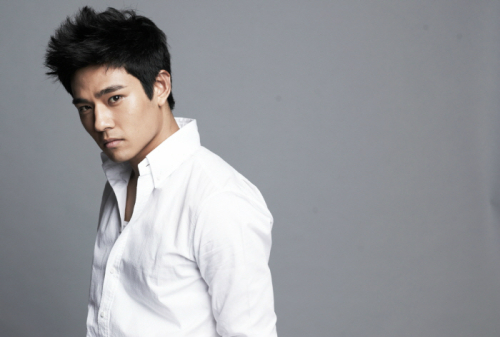 He intensified the drama in the sixth episode by burning with revenge, carrying around the remains of his brother who died a year ago in a little pack.

Im Yoon-ho made a strong appearance in the drama and froze everyone watching him. Born in 1989, he's built with strength and is also an outstanding student who attended the state university of New York.

The drama production claims, "We feel a dangerous rookie has been born. He was cast the second he was seen".

Writer Cheon Seong-il said, "We are expecting a lot from him. We anticipate his performance in "7th Grade Civil Servant".

"Im Yoon-ho, a charismatic appearance"
by HanCinema is licensed under a Creative Commons Attribution-Share Alike 3.0 Unported License.
Based on a work from this source