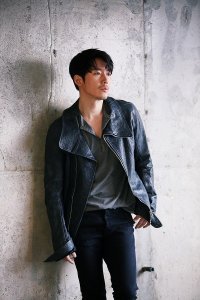 On 22nd, the "Dance of the Dragon"'s 20 main photos including Jang Hyuk's exposed bare chest was uploaded on the American film website, IMDB (Open the link).

"Dance of the Dragon" is a collaboration work between Korea, Singapore and US and is a story of a Korean man, Kwon Tae-san's journey of becoming a ballroom dance champion. Jang Hyuk is acting the role of Kwon Tae-san and is devoting himself in his first global project, revealing his skills in Jeet Kune Do, which he learned for 7 years. Other casts include Singapore's top star, Fann Wong as his dancing partner and Hollywood star, Jason Scott Lee as his rival.

The uploaded photos include bare-chested Jang Hyuk showing a movement in Jeek Kune Do as well as him in an elegant dance pose with Fann Wong in a black dance suit.

"Image cuts of Jang Hyuk's Hollywood debut film were released"
by HanCinema is licensed under a Creative Commons Attribution-Share Alike 3.0 Unported License.
Based on a work from this source