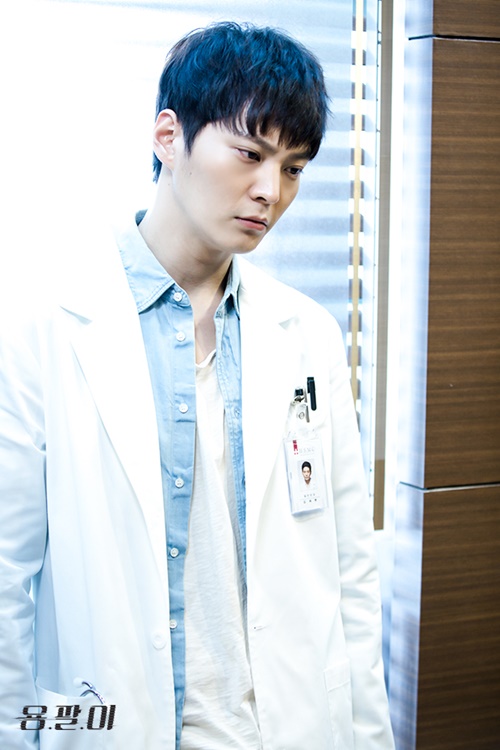 Joo Won did it. He debuted in 2010 with "Bread, Love and Dreams" and it's been 5 years since then. He's been busily starring in dramas and movies until now and it's all paying off. He started off as a promising actor and now he's made it big. He's got plenty more to show.

The SBS drama "Yong Pal" is flying high at the moment. It started off well with the first episode and then made it to 16.3% in just four episodes. It is the first drama this year to have reached such numbers in a situation where most can't even make it to 10%.

Joo Won is the reason why many said it'll only be a matter of time for "Yong Pal" to skyrocket. The story and speed of the drama may have something to do with the success of the movie but the main factor is Joo Won's performance. Kim Tae-hee has appeared to be in a vegetative state for the last four episodes, so Joo Won has done everything on his own. For the drama to wind up in the beginning, Joo Won has a big responsibility in his hands. He's putting on a one-man-show and he's doing a good job of it.

This isn't Joo Won's first miniseries or long-term drama although his role in "Yong Pal" is overwhelming. He's starred in most of his past works as the main character and he's well deserved to be. This was unusual for a rookie like him. All great actors and actresses started off with supporting or minor roles in the beginning. Joo Won is lucky as he took the lead in "Ojak Brothers", "7th Grade Civil Servant", "Bridal Mask", "Good Doctor", "Tomorrow's Cantabile", "SIU", "Catch Me", "Fashion King - Movie" and others. However, "Yong Pal" is considered even more special because Kim Tae-hyeon's (Joo Won) capacity is the central part of it. 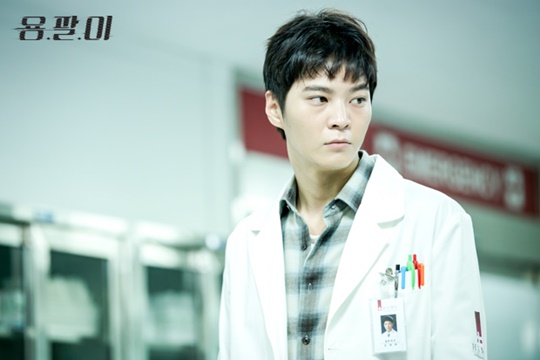 If Kim Tae-hyun wasn't able to convince the public then there would be no Yong Pal. A boy protected his sister and mother under a gangster father but in the end lost his mother and had his sister get sick. He decided to be a doctor. He studied hard and achieved his dream and focused on getting money for his sister's treatment. He makes night rounds amongst gangsters for the extra money. Then he was placed in the VIP section of the hospital and meets heiress Han Yeo-jin (Kim Tae-hee).

Joo Won focused on Kim Tae-hyeon. He wasn't shaken in confronting Jung Woong-in or the others. He's appealing Kim Tae-hyeon pretty well and we knew he was a good actor.

It's been 5 years since he took naps in a corner of a set as seen several times online. However, effort doesn't betray anyone. Joo Won has made it big and he's a reliable actor that anyone can trust.

"[In-depth] "Yong Pal" Joo Won does the job"
by HanCinema is licensed under a Creative Commons Attribution-Share Alike 3.0 Unported License.
Based on a work from this source