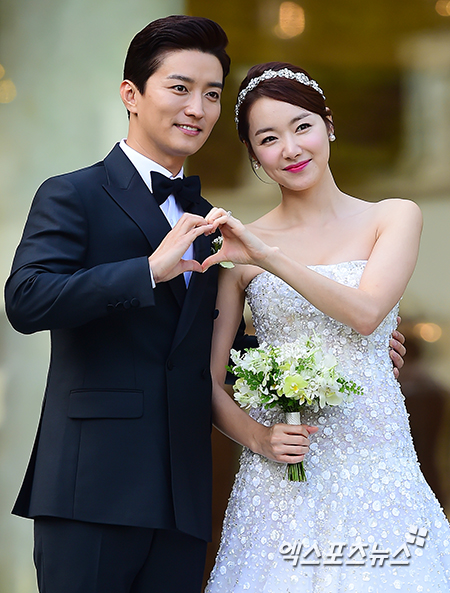 Actor actress couple In Gyo-jin and So Yi-hyun are parents now.

Their agency Keyeast told Xports News on December 4th, "So Yi-hyun delivered a daughter weighing 3.4 kilogram at 3:16 PM today on December 4th in a hospital".

The associate with the agency added, "Mother and baby are both healthy. In Gyo-jin is taking of them closely. Both mom and dad are delighted in happiness".

The two met as fellow actor and actress at a same agency 12 years ago and kept their relationship strong. The two finally tied the knot in October last year.

In Gyo-jin debuted through the MBC Actor Selection open competition in 2000 and starred in 'Country Diaries', 'Queen Seon-deok', 'I Need Romance 2012', 'The Horse Healer', 'Guam Heo Jun' and more. So Yi-hyun debuted through SBS Supermodel competition, 2001. She later starred in "Revenge", 'Cheongdam-dong Alice' and 'Who Are You - 2013'. She has been loved for her stable action performances and beautiful appearance.

"In Gyo-jin and So Yi-hyun welcome their baby girl today"
by HanCinema is licensed under a Creative Commons Attribution-Share Alike 3.0 Unported License.
Based on a work from this source