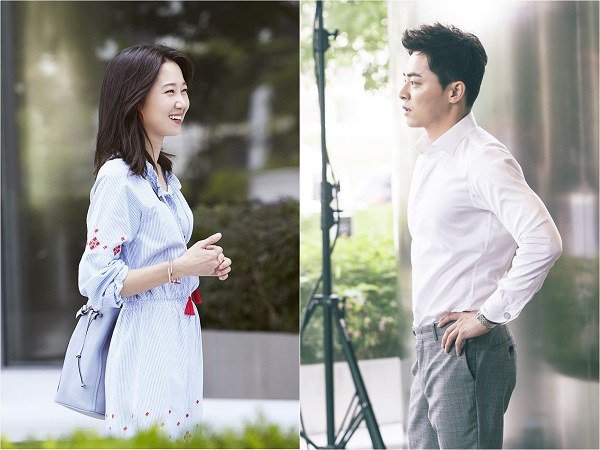 The new SBS drama "Incarnation of Jealousy" unveiled a couple of keywords prior to the drama's release.

1. Not three-way but two-timing romance

"Incarnation of Jealousy" depicts the two-timing relationship of Pyo Na-ri (Gong Hyo-jin), Ko Jeong-won (Go Kyung-pyo) and Lee Hwa-sin (Jo Jung-suk). Pyo Na-ri is stuck between Ko Jeong-won and Lee Hwa-sin. The three characters have a very strong sense of character and all three of them have their own tempers as well.

2. Come into the news room

Pro Na-ri is a weather reporter, Lee Hwa-sin is a reporter, Gye Seong-sook is an anchor and Bang Ja-yeong is the director of the head of announcers. The main characters are all involved with the news room somehow so the drama majorly takes place in the jungle newsroom. This is the chance to take a look at the people we call announcers and reporters and their lives inside the newsroom.

3. Everything starts with #jealousy

'Jealousy' is what gets Pyo Na-ri to become a two-timer and causes war in the newsroom. The various matters, romance and friendship looks sophisticated and comical in the drama. 'Jealousy' magnifies the relationship between people.

"Incarnation of Jealousy" will be released in August.

""Incarnation of Jealousy" keywords, #two-timing #newsroom #jealousy"
by HanCinema is licensed under a Creative Commons Attribution-Share Alike 3.0 Unported License.
Based on a work from this source