"Incomplete Life" VS "Yuna's Street" VS "Bad Guys": The Battle for 'Well-Made' in Seoul Drama Awards 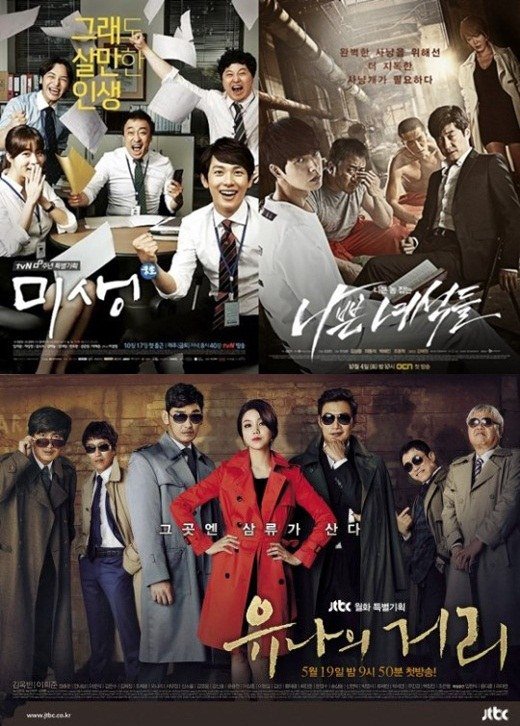 Well-made dramas this year will be competing at the Seoul Drama Awards.

The 2015 Seoul Drama Awards is being held on the 10th at the Sangam Culture Hall hosted by Kim Jung-eun and Lee Dong-wook. This is the 10th Drama Awards this year and its nominees will be chosen from 212 dramas from 24 countries.

The awards will be divided into short drama, miniseries and long dramas and each category will have a best. The winning drama with the best quality, creativity and popularity will be honored alongside the Grand Prize. In individual awards there are awards for best director, writer, actor and actress.

The Grand Prize is likely to go to tvN "Incomplete Life", OCN "Bad Guys", JTBC "Yuna's Street" and KBS "Snowy Road". They are nominees for the most loved drama this year.

For Best Actor, the nominees are Ji Sung from "Kill Me, Heal Me", "Empires" Terrance Howard, "Houdini" Adrien Brody, German drama "We Did It For The Money" Florian Lukas, Chinese drama "China At A Turning Point" Shaohua and others.

For Best Actress, the nominees are Sonya Walger from Canadian drama "The Good Sister", Gina Rodriguez from "Jane the Virgin", Lena Endre from "Acquitted" and 6 more. For Best Writer are Siv Rajendram Eliassen and Anna Bache-wig from "Acquitted".

""Incomplete Life" VS "Yuna's Street" VS "Bad Guys": The Battle for 'Well-Made' in Seoul Drama Awards"
by HanCinema is licensed under a Creative Commons Attribution-Share Alike 3.0 Unported License.
Based on a work from this source