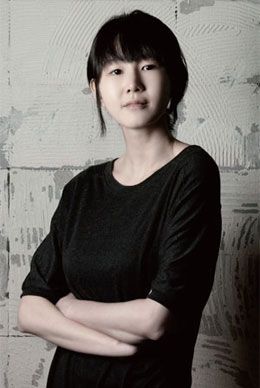 Han Hee-jung has been slowly but steadily making a name as an indie singer-songwriter, releasing singles and EPs. While majoring in public administration at university, Han joined a band, and realized music was her calling. She boldly quit university to follow the dream.

Of course she had doubts whether she would be able to make living out of singing and composing, even if these are the two things she loves most. But now, she is one of the most sought-after singers on the young indie music scene in the neighborhood of Hongik Univeristy, a district popular among the young for its hip clubs and vibrant bars. The fact that she has so many gigs reflects how good she is.

Recently Han also made her acting debut in a short film titled "Dancing Zoo". "I'm not into acting, but I decided to appear in a film because it was above all a movie with music, and I was able to participate in writing the screenplay", she says.

It is a story about musicians, so after finalizing the casting, the two co-directors met the lead actor and actress and talked about their lives and loves for a whole month. The screenplay was based on those interviews, meaning there are many bits of Han's own story in the film.

"I don't have any big ambition to be a star, but I'd like to see more people love my songs", she says. "If my songs can console some tired souls, that's enough for me".

Her future plans are simple: "New albums and concerts". Anything more concrete would detract from her spontaneity. But Han admits she would like to do more different things to broaden her scope. Han refuses to define what characterizes her music or what her identity as a musician is, because she does not want to limit her range.