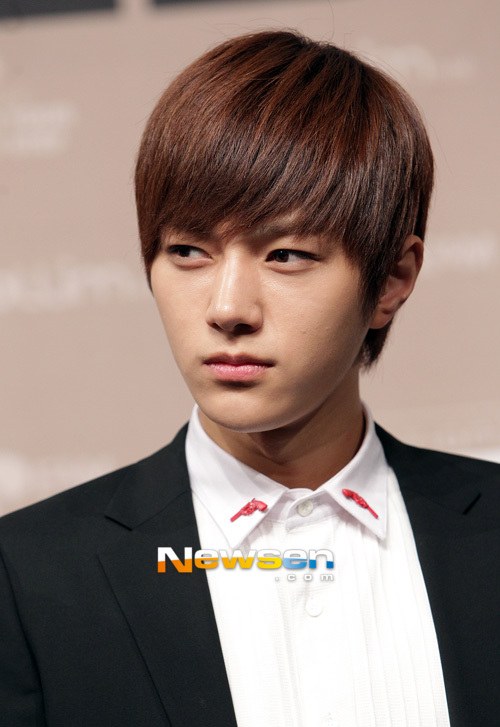 Infinite Kim Myung-soo has been chosen to play the role of younger So Ji-sub in the drama "Master's Sun".

He's going to be appearing in the drama like cameo.

So Ji-sub's role of Joo Joong-won is an arrogant and bad tempered owner of shopping center, Kingdom. Kim Myung-soo will take on the role of the younger Joo Joong-won.

Kim Myung-soo starred in a Japanese drama in 2011 and also in domestic dramas such as tvN "Shut Up: Pretty Boy Band", MBC "What Is A Mother" and more. He's been busy with the recent comeback of Infinite with their new album called, "Destiny".

"Master's Sun" is about a cheap and arrogant man meeting a woman who sees ghosts. It is written by the Hong Sisters (Hong Jeong-eun and Hong Mi-ran) and directed by Jin Hyeok. To be aired next month.

"Infinite's Kim Myung-soo to star in "Master's Sun""
by HanCinema is licensed under a Creative Commons Attribution-Share Alike 3.0 Unported License.
Based on a work from this source