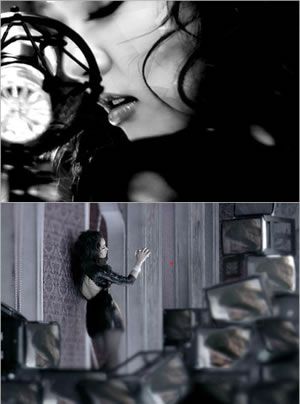 No longer a girl but a full-grown woman: in a commercial for KTF music portal site Dosirak, Moon Geun-young breaks with the innocent image that has won her the adoration of fans to transform herself into a sexy musical star. In the ad, which will be hitting the airwaves on Dec. 14, she sings a new song and moves her body to some racy choreography. A music video is to be separately released. KTF will be making the commercial public on the Dosirak site on Dec. 26.

Appearing opposite Kim Joo-hyuk in the romantic film "Love Me Not" Moon has already shown a mature side of herself with her role as a closed-off blind woman. The film, released on Nov. 9, however, failed to perform well at the box office.