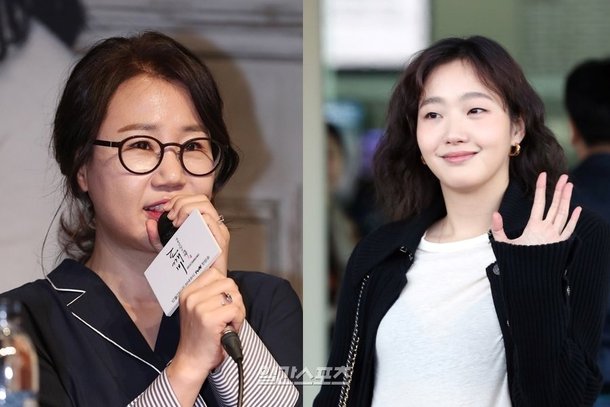 Actors are moving swiftly to get on board with Kim Eun-sook.

Kim Eun-sook's latest drama "The King: Eternal Monarch" delivered news that Lee Min-ho is in the lead and there has been tense competition for the leading woman's role.

Hwa And Dam Pictures held a casting meeting on the 14th. Several names that fit the profile have been shortlisted and are in discussion of details.

Now attention falls on who will be the leading woman. Actresses such as Song Hye-kyo, Ha Ji-won, Park Shin-hye and Kim Tae-ri have all played successful lead roles for writer Kim Eun-sook. This time, the lead actress will be playing two roles; a detective and a member of the Korean Empire. She's going to have to play Jeong Tae-eul who likes "The Police People" and Luna from another dimension.

Kim Go-eun is very likely to be in the drama. It is becoming more of a certainty that Kim Eun-sook will cast Kim Go-eun who she did "Goblin" with. With Lee Min-ho from "The Heirs" and Kim Go-eun from "Goblin", she breaks the existing stereotype that she doesn't re-cast lead actors from previous works.

Kim Eun-sook is known for her daring casting for the 'sub-leads' such as Kim Woo-bin, Lee Dong-wook, Yoo Yeon-seok and Lee Dong-gun. This time it's for the role of a detective, and the romance with the leading lady is anticipated. It is very surprising that her leading woman will be playing the first and youngest prime minister of the Korean Empire. Other characters in the drama include public service workers, bodyguards to the emperor, crime scene detectives and more.

"The King: Eternal Monarch" deals with the subject of parallel worlds. A deity has unleashed a demon unto the world of humans, and that demon has opened the door to a parallel world. An emperor of the Korean Empire tries to shut the doors to a dimension opened by demons, and a detective tries to protect their life, the people, and their love.

"The King: Eternal Monarch" is written by Kim Eun-sook and directed by Baek Sang-hoon.

"Interest in "The King: Eternal Monarch" Heroine Rises, Attention Falls on Kim Go-eun "
by HanCinema is licensed under a Creative Commons Attribution-Share Alike 3.0 Unported License.
Based on a work from this source