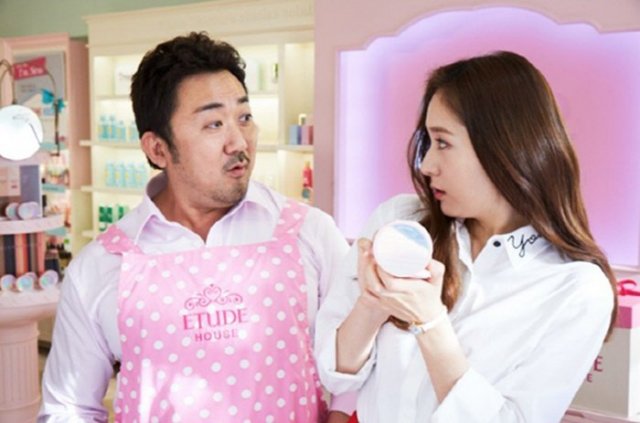 The Internet has given rise to yet another unlikely kind of star -- men who promote cosmetics on YouTube. Most men were drawn to makeup after searching for products to cover up their acne.

Men's interest in cosmetics products is not exactly new, but that they openly demonstrate their use and review them on social media is a relatively recent phenomenon in Korea.

Viewer responses are deeply polarized, ranging from fanatical support to bitter criticism. Among those who tune into their blogs are many women, who feel that men offer an interesting new angle.

The trend has also spilled over into cable TV. The OnStyle channel started airing a show earlier this month called "Lipstick Prince", where eight male celebrities learn how to put on makeup. The program claims that the age of "sexy men wearing makeup has arrived".

According to market researcher Euromonitor International, the Korean market for men's cosmetics was scaled at W1.24 trillion in 2015 and that will grow to an estimated W1.5 trillion this year (US$1=W1,187).

Young Korean men are interested in cosmetics to improve their looks while middle-aged men want to beat the aging process.

At online marketplace Auction, sales of moisturizers for men have surged 339 percent on-year among 20-somethings and 184 percent among those in their 50s. Popular products are getting more diverse as well, ranging from premium essence and blemish balm creams to facial mask packs and sonic cleansers.

Another interesting trend is advertisers use plain-looking men as models rather than chiseled models. The message is simple: makeup is not only for handsome men. A key case is a makeup ad featuring the rough-cut actor Ma Dong-seok.

"Makeup is an art form for me and another form of creative expression", it quoted him as saying.

"Internet Makes Unlikely Stars of Men Who Promote Cosmetics"
by HanCinema is licensed under a Creative Commons Attribution-Share Alike 3.0 Unported License.
Based on a work from this source