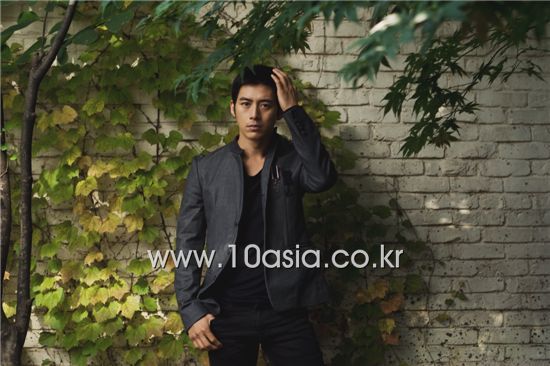 For long, since his debut at the age of 20 in 1998, Go Soo has stolen the hearts of many women with his strong facial features which have earned him the nickname 'Ko-vid', in place of 'David' of the David Statue.

Yet instead of believing that his good looks will keep him popular, a mistake so often made by those who are born beautiful, he has been creating his identity as an actor who slowly but steadily and surely has expanded on his realm of acting.

After starring in SBS TV series "Piano" in 2001 which won him titles as best new actor and most popular actor at the network's year-end awards ceremony, Go Soo, now 32, still puts in as much thought and effort as he did into his acting when he first made his debut.

He was on close to a four-year hiatus to fulfill Korea's mandatory military duties but he has proven he is no less of the actor he was when he stepped out of the public's eye starting 2006.

Go Soo was evaluated as having shown solid acting in his comeback roles "Will It Snow for Christmas??" on the small screen and "White Night" on the big screen last year.

Now back with film "Haunters" opposite actor Gang Dong-won, Go Soo sat down with 10Asia to talk about his acting and latest pic.

10: It can't be easy on you physically having to do an interview so early in the morning.
Go Soo: No, it's not a problem.

10: You seem to have used your body a lot for film "Haunters".
Go Soo: I do think I had to move a lot compared to Gang Dong-won.

10: You even had to fight with the many people that Kang's character controls in the movie.
Go Soo: But it seems that you have to have a hard time with what you're doing to feel that you've actually done something. (laugh) I had a tough time, having to sweat and run around but my character Kyu-nam is someone who recovers very quickly. This scar here too [points to scar near eye], the doctor had originally said it would have to be treated for three weeks. The cut was so deep that you could see my bone. And it was totally red at first, then turned blue the next day and slowly moved down. But I went back into shoot just a week later. 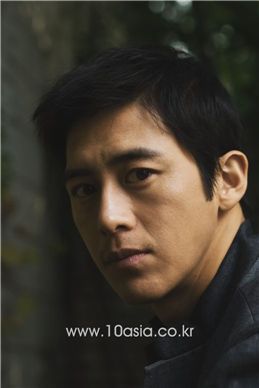 10: It couldn't have healed in a week.
Go Soo: It hadn't healed but we went into shoot. The scene we filmed when I got hurt.

10: You couldn't move around the shooting schedule?
Go Soo: There was a set schedule and we were in a hurry. We had to [shoot] to keep everyone happy including the producer.

10: But you're body is precious as well.
Go Soo: It is precious. (laugh) It's precious but a lot of people were working with me. And of course everyone would understand but it's a situation that could become easier for everyone with just me being just a bit more diligent. I think it's right that I bear with the situation. I don't like getting in other people's ways.

10: Well that's easy to say but not everyone can act upon it. That's why it's difficult to think of you as anyone else than the honest and right-minded actor that you have portrayed in your roles. In this movie as well, your Kyu-nam faces an opponent with a ridiculous amount of strength to do what is right.
Go Soo: I don't think Kyu-nam will know the meaning of words such as justice because he has learned so little that he could be called stupid. It's just it makes him angry to see the people he loves suffer.

10: And do you like that about him?
Go Soo: I do like that about him. He doesn't want to change, win or gain anything. He's very simple-minded. He's happy with the fact that he can eat and live as he does in his current state. He thanks the sunlight when he sees the sun and that he can hope to find warmth when the day is cold.

10: Do you like such simplicity?
Go Soo: Me? Yes. Doesn't everyone?

10: But in the entertainment business, having the desire to reach higher can't always be a bad thing.
Go Soo: I think I just try to be natural. When I look at myself, I think I just want to do what I want to at that moment and live the way I am, rather than striving to achieve something huge. I'm not the type that does things on purpose. Just naturally, going with the flow. (laugh) I don't need to get anything in particular on purpose. If I want something, I'll think 'I want it' but think that I'll get it one day rather than trying to get it right away.

10: Well when it comes to both Kyu-nam and simplicity, it's about protecting what you already have rather than trying to achieve something new. It there anything by any chance that you don't want to lose?
Go Soo: Hmm, health? I don't like being in pain. Whether you have a disease or have a cut on your finger, they all hurt. And of course, I haven't ever been seriously ill before but I've been in pain here and there. It's not good to be in pain. 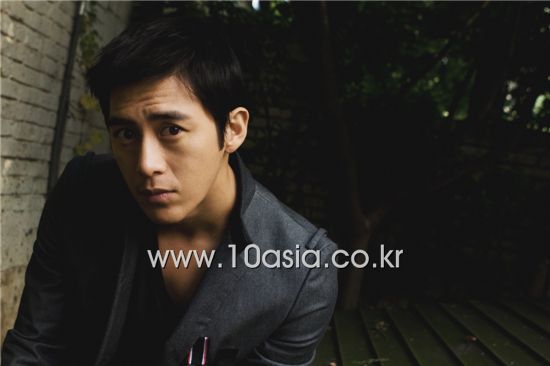 10: Then why did you not take better care of your body when you so hate being in pain?
Go Soo: You can't really feel it then. And when I'm working, I absorb myself into my role, thinking I'm not myself anymore. That my character is in pain, not me.

10: You can separate the two like that?
Go Soo: I think you just need to think that.

10: Since when did you establish such a mindset for acting?
Go Soo: It's not something I thought of separately. It's just how I've come to work. Actors think a lot about roles they have been set to play -- from the moment they wake up till when they fall asleep at night -- so I think you naturally become closer to your character and drift away from your own life. You don't transform immediately but rather naturally.

10: And do you eventually become your character after going through such gradual change?
Go Soo: I try to but I don't think I can become my character 100 percent. I always want to and hope for it endlessly but 100 percent is hard to achieve.

10: Is that why you sometimes choose characters that are similar to your own self?
Go Soo: I think it would be correct to say that my character becomes similar to me rather than me looking for a character that resembles me because we're based on the same factors such as looks, way of speech and tone, so I guess it would be impossible to be completely different.

"[INTERVIEW] Actor Go Soo - Part 1"
by HanCinema is licensed under a Creative Commons Attribution-Share Alike 3.0 Unported License.
Based on a work from this source