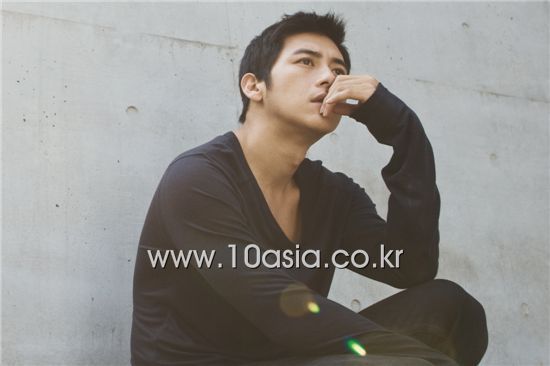 10: There definitely is that sort of consistency to your characters. And that's why it's difficult to imagine you playing a mean role.
Go Soo: Whether it be meanness or pureness, I think they all arise from the situation the character is put in. If he was in a situation where he had to be mean, he would look so anyways, even if he didn't put on a nasty expression.

10: Then it goes down to the issue of what the creator wants. Are there people who want to use you for such roles?
Go Soo: There are. Screenwriters or directors sometimes tell me that it would be great to show a different side to someone like me and that they think a lot about how that can be done. Because someone doing something unlikely of them has greater impact than someone doing something they're likely to do.

10: In that sense, your role as Cha Kang-jin in "Will It Snow for Christmas??" was interesting, not because your character was mean but that it was different. He was also very different from Jae-soo in SBS TV series "Piano", with a cold side to him. And he's righteous yet not kind-hearted. The Yohan you played in movie "White Night" was interesting as well in the sense that you were a murderer who loves only one woman.
Go Soo: I think I study into roles time to time when the need arises. And I read quite a large number of scripts. Cha Kang-jin had a dead-on personality. He an architect which is a job that needs precision, with things such as numbers, balance and mathematical calculations. In the same way, I felt that in "White Night", I wasn't trying to go as far as making people forgive Yohan but that I should justify why he was murdering people. It would become difficult for the audience to understand Yohan if he committed murders fanatically so I took that into consideration while playing the part. But I don't know if I did a good job of it. I feel like I could do a better job now... 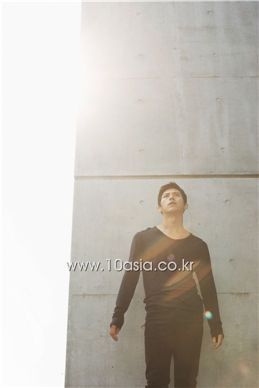 10: I think you show such characteristics of your characters not only by using your brain but also by using your body. The thin body you revealed in the bed scene for "White Night" showed the insecurity your character feels and it seemed like you had a sharp quality embedded about you when playing Cha Kang-jin.
Go Soo: I think I created that too by thinking about it. I went running every night while filming "White Night". (laugh) Yohan is someone who is more used to darkness than brightness so my scenes were shot at night and I slept once every two days. And with my body as well, I created a physique which could protect a woman but not be bulky. Then I got my body waxed. I didn't think having body hair would fit Yohan's image.

10: Your face and body which is thinner than they used to be went very well with your characters as well.
Go Soo: I think I've lost some baby fat. And I've been doing aerobic exercises regularly.

10: Didn't you do boxing and Korean traditional martial arts before as well?
Go Soo: I took up Korean martial arts for a role but I don't do boxing either these days. But I did take up karate for about a year. At a place where a proper instructor teaches. But I think you acquire a combativeness that doesn't need to be there when you take up martial arts. And you clash more with others. Defense is good but you defend because there's attack. So I stopped because I would prefer not to have such things exist for me. And it was hard on my body after a year.

10: I understand why you reached that conclusion. What's harder to understand is how you came to take up karate.
Go Soo: It was to train. To train myself.

10: Are you ambitious about training your body and soul?
Go Soo: I used to be. But now, not really... (laugh) I don't know. Maybe it's because it's so hard. Because I try really hard once I start. So my body will be in pain while I also need to work. I'm an actor, not a martial arts person or athlete. So I decided to concentrate on acting.

10: But do you still want to maintain a healthy body and soul?
Go Soo: I always want that. Through acting, I've come to realize that the body is very important. It's important to stay at zero, to not overdo it or underdo it. So that I can gain and lose weight whenever I need to. 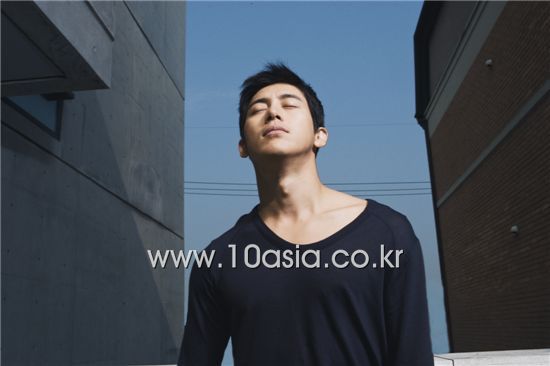 10: So you want that ultimately for your life as an actor?
Go Soo: It is but I think I live a controlled life because I act. That's why I think this is good. I'm grateful. I could've become extremely lazy and loose if I hadn't become an actor.

10: Does that come from the work itself or because it is work?
Go Soo: I think acting is the same thing as salaried workers going to work. You have to start getting ready at four or five in the morning to prepare yourself for shoots. And like salary workers sit at a desk and talk to their bosses, we need to sit and talk with directors and work with crews. I don't think my job is special, we're all just doing our jobs.

10: Don't you ever want to break away from everything?
Go Soo: I heard recently that people are usually consistent in their dreams, goals and tastes but for actors, they change everytime they play a new role. That people usually live with their own mind but that fluctuates a lot for actors. I think that's why we don't think of deviation.

10: Then aren't there times you want to take a break from work?
Go Soo: Of course there are. But I think I've been on enough breaks. I rested for about three to four years while serving in the army so it may be because of that but I now want to do a lot of things like acting, working and creating.

"[INTERVIEW] Actor Go Soo - Part 2"
by HanCinema is licensed under a Creative Commons Attribution-Share Alike 3.0 Unported License.
Based on a work from this source