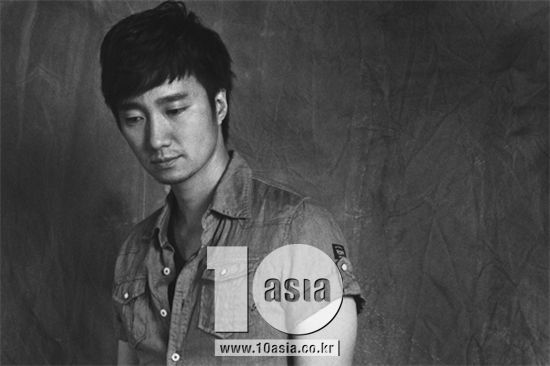 When told he had not changed much appearance-wise from the days of his debut film "Waikiki Brothers", Park Hae-il responded, "Because I'm still immature.".. But the caution he showed in explaining his role as Yoo Hae-gook in film "Moss" which he had won support for by fans of the original comic even while casting was in process, and using as minimal conclusive expressions about working with director Kang Woo-seok for the film, revealed that Park was far from being the boy in "Waikiki Brothers" who out of drunkeness, handed the score for a self-composed song to the girl he likes. It has already been nine years since then, during which he has enjoyed success from movies such as "Memories of Murder" or "The Host", as well as leave short yet long-lasting impressions in unique productions such as "Shim's Family". In short, he has constantly grown as an actor. And that is why we predicted he has grown yet again while working on "Moss".

10: When fans of original comic "Moss" simulated casting for the movie adaptation, you were the actor that was chosen the most for the role of Yoo Hae-gook.
Park Hae-il: I think that's just in terms of my image, in other words, from a one-dimensional aspect. Once I was actually cast for the part and started doing the acting, I found out that it wasn't just all good because fitting the image and being able to act the role are different issues. I had also thought whether it could be an advantage for me but I decided that I may end up depending on it and have other thoughts so I told myself that it isn't just plain good and that there are other things I should show myself.

10: You must've really felt a desire to depend on that image.
Park Hae-il: Yet at the same time, I told myself that the emotions that my character shows would be mitigated if I try to copy the expressions he puts on in the comic. Oh, and this is another thing I thought... So does this mean that no matter what I do, I would still seem like Yoo Hae-gook? But that's not true, right? That's why I had to let go of more things.

10: Director Kang Woo-seok said he filmed the movie with the determination that he would do better than Yoon Tae-ho, the writer of the original comic. Did you in any way feel that you were competing against your character Yoo Hae-gook?
Park Hae-il: With the Yoo Hae-gook from the original comic? No, I think it's a bit different. The moment I was cast as Yoo Hae-gook, I told myself that have no choice but to be a bit different from him -- from his inner sides to what he's like overall. Whether it be on the good side or the bad side, there was going to be a subtle difference. Plus, the original comic is by Yoon Tae-ho while the film is by Kang Woo-seok. So I think the Yoo Hae-gook in the movie must've been created from director Kang's perspective. I wouldn't recommend that you read the original comic beforehand because of the movie but if you do get to see both, I think you'll have fun seeing the difference between the two. 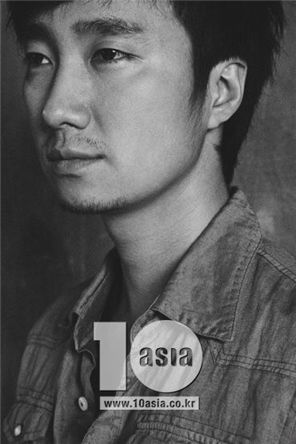 10: For example, in the scene where Hae-gook appears for the first time, the tone in the scene where he talks to prosecutor Park Min-wook (played by Yoo Jun-sang) over the phone was very different from the original comic. In the comic, it seemed like he wanted comfort for what he had done but in the movie, it seemed like he was trying to discern between the rights and the wrongs of the matter.
Park Hae-il: That's what I was trying to explain. The film takes off from a minutely different point from the original comic and as the story progresses, that gap widens to create a difference in the vibe.

10: Then how did you try to interpret your character Hae-gook?
Park Hae-il: That I tried to do while talking to the director. It was a process through which we tried to set the tone for the character rather than creating him by adding something to him. My character is based on the original comic but I think the director didn't want to tell the story in the way the comic did. We tried to create a character who stood out more and was straightforward with his feelings. He explained that he wanted Hae-gook to be more active in his actions so that the tight tension or the confrontation with the villagers would stand out more.


10: It must've been much more difficult for you to explain the tenaciousness of Hae-gook in the movie compared to the comic because in the comic, everything is explained through his past.
Park Hae-il: It's true that Hae-gook's past is explained very convincingly in the comic since it's 80 episodes long. And despite the fact that the running time of our movie is not that short either, I'm sure the producer didn't have an easy time reducing the narrative [from the comic]. I think he must've had to make the bold decision to cut out parts which harm the tempo of the movie even if it explains the character's past or is description and leave the narrative at a comprehendable level. But I do think that people who haven't read the comic could become curious about Hae-gook's past. In the same sense, prosecutor Park Min-wook's past was omitted a considerable amount too. And one may wonder whether to accept this as an inevitable choice because there is a difference between comics and movies or whether it should've been explained even if it means having to split up the movie into two parts. But that is up to the director to decide. I don't think it's an issue where I can say, 'I want more of my past'.

10: But it must have not been easy for you as an actor to portray your character convincingly without having explained his profile to the audience.
Park Hae-il: That's right. The villagers have definite entrances and exits in the movie and their past is shown through their reminiscing scenes which show clearly how they're feeling. So I do feel that my character lacks in that sense but does that mean the audience would've been able to become immersed with my character even more if there was more detaield explanation about him? I'm not sure which is right. I think it's something we'll be able to judge after communicating with the audience when the movie is released.

10: It seems that you went in the direction that the director pointed to but aren't the actor and director sometimes concerned about different aspects when it comes to analyzing a character?
Park Hae-il: Rather than us having a difference in opinions, I think I constantly checked in advance with the director to establish my character. We would talk in advance about which direction it would be better for Hae-gook to take and the director would give me feedback. I think he made things very clear in that sense. In other words, he was saying, "Follow me".

10: Are you usually the type that is good at following directions?
Park Hae-il: I'll follow if it makes sense. And I think the director made it make sense this time. This is a director who is strong at portraying masculine and outspoken characters so I sensed that this was what the director was trying to do [with my character]... the vibe that the actor should give off in order to pull off his character rather than the detailed picture. He explained those parts clearly and I understood. Hae-gook is someone who within the movie, represents the audience's perspective, so I think I put in a lot of effort to maintain the tight tension because if I was pushed over by the villagers, so would the audience.

"[INTERVIEW] Actor Park Hae-il - Part 1"
by HanCinema is licensed under a Creative Commons Attribution-Share Alike 3.0 Unported License.
Based on a work from this source