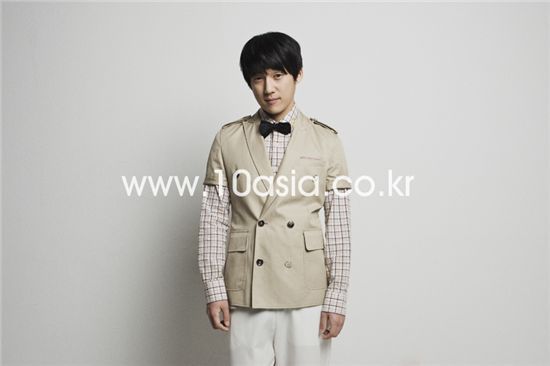 10: Tae-sup is a very quiet character. He isn't loud and doesn't say what is unnecessary but it's impressive to see how you depict his emotions so delicately through your eyes or expressions.
Song Chang-eui: I think a lot about the situation that is laid out in the script and why that situation is occuring. For example, when Tae-sup becomes flustered running into his uncle after he parts with Kyung-soo in front of his house but hears that his grandfather had been sick, I have to instinctively act surprised. When he is with his mother, he'll clash and get angry with her but suddenly smile for her too, and sometimes he will just brush past Ho-sup (played by Lee Sang-yoon) but also quarrel with him. It's important to show the subtle changes a character's emotions undergo depending on who he or she is with and under what circumstances, but I think it's even more so in the case of Tae-sup. It might not be caught on camera that well sometimes because the changes are so subtle, but it's fun expressing those details.

10: Tae-sup keeps a distance from his family but all of a sudden, will also quite subtly, act childish. I think he would have to have a certain amount of trust [in his family] to take on such an attitude.
Song: There's a scene where his family keeps telling him to get married, so he gets up to walk out, saying, "I give up on eating". Then his mom will hush everyone, telling Tae-sup to sit down and finish eating. So from these scenes it seems that Tae-sup can act like that because he knows how much his family trusts and cares about him.

10: You had worked with Lee Sang-yoon before, in SBS TV series "The Scale of Providence". He seemed to be a big fan of yours, having said in a previous interview that the reason he took on "Life is Beautiful" was because it was by Kim Su-hyun, he would get to shoot on location on Jeju island, and since you would be in it too.
Song: I don't know why he would say such thing... (laugh) There's no way he decided to do the drama because of me. We both don't have brothers in our family and our teamwork in "The Scale of Providence" was great so I think that relationship has continued on. He is someone who is born with some great traits. The scenes where we goof off in the drama are actually close to how we act in real life.

10: The conflicts surrounding "Life is Beautiful" are expected to heighten. What will happen?
Song: Kim Su-hyun has often touched on issues regarding the social weak in her previous works and by doing so in this drama too, about homosexuals, I think she is telling viewers to think about the fact that there may be such people in their very own homes too. Tae-sup and Kyung-soo are not outcasts but members of families, yet even these people are not able to tell their parents about their identity, so I think it'll be worth giving this a thought too. That's why I think the moment they are accepted as who they are by their families, however difficult that process may be, that will be when positive change occurs in our society too.

10: You had played characters with relatively constrained personalities in dramas "Golden Bride", "Cinderella Man", and are doing so again now in "Life is Beautiful", but you showed a completely different side to you through musical "Hedwig".
Song: That's why there were people who said they were surprised after seeing me in "Hedwig". I think all forms of performances are great but I think there are few like "Hedwig" where you can just let go and give everything you've got. I don't think a man dressing as a woman and acting as a transgender makes them look like a fool. I enjoy being in the situation where everyone is looking at me, I can open up myself completely and make the audience laugh and cry. They have the ability to absorb however much energy I let out so I used to feel bad if I thought I hadn't done enough. And then when I'm singing the last song "Midnight Radio", I'd go easy, telling myself that I've been sprinting up till then so I should take a break. When the encore performances starts, that's when both the audience and I just go crazy. The moment the drums start rolling, so do we. 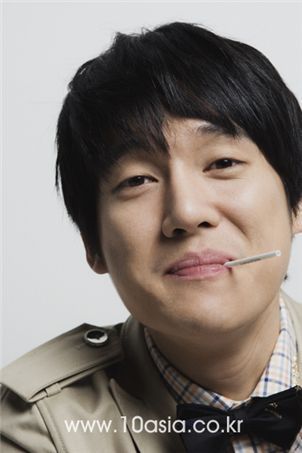 10: It seems you have a special kind of affection for theater which seems to come from your experience of being part of drama club in high school. How were your college days as an acting major?
Song: I was someone who had fun. The moment I got into college. I was sure I would engage in plays actively but I was also under the strong conviction that I would enjoy my college life. That's why I drank, missed out on several classes and dated girls. At the same time I didn't miss out on theater production classes but when it comes to college life, friends and drinking is pretty much it. (laugh) I think it might be a tradition which exists only for our major, but we'd rehearse for our plays all night, then stay out and drink since we're tired, but have to go to school in the morning so we'd sleep in the library. Then the girls in our major, who had slept at home, would buy us food. We lived like beggars. (laugh) I think I gathered my senses after I finished serving my mandatory military service.

10: Changing isn't about aging. In what ways do you think you changed?
Song: There's a saying that actors shouldn't mature but I think that's when I started thinking seriously about my attitude toward acting and took a real interest in musicals. And in the midst of that, I got the leading role for musical "West Side Story". I wondered whether I had gotten the part more for my looks than my singing skills (laugh) and I could tell that the other students felt bitter about it, thinking 'All he did is play. How did he get the part?' And I couldn't pull off the high notes in "Maria" so I practiced a lot for that. I kept doing musicals after that because my seniors asked me to audition for their productions.

10: That led to your drama appearances, then film roles and finally theater. You move quite freely between the different spheres of acting but I'm sure it wasn't an easy career to build on.
Song: I think I do everything although I'm not great at any single thing. (laugh) All I have ever tried doing is acting, no, rather than that, acting is fun in itself and I want to take on good roles so that's how I've ended up where I am. People sometimes ask me why I do theater when I'm doing well on TV. They tell me I should try to increase my popularity and become famous. They may be right but when I get offered a role on stage, I'll just do it if I think it'll be fun and if I want to stand in front of the audience.

10: But since you're an actor, it must be inevitable that you become stressed over worrying whether you'll be given role offers or the fluctuations your career goes through.
Song: Not really. I can't think that I'll constantly be given opportunities to act. I think I should keep looking and try to feel more and learn more rather than feel insecure about falling from where I am right now. That's why I just have fun with my job rather than be worried.

10: I heard you're a baseball mania. How are things -- it's baseball season right now.
Song: I'm dying. (laugh) I'm the pitcher for a team I made with some celebrities including Lee Jong-soo, Han Sang-jin, Kim Kang-woo, Ji Sung and Park Gun-hyung. We usually play once a week but I haven't been able to play recently because I'm always on Jeju island now. I was originally an LG fan but since I do baseball too now, I try to look at the strengths and weaknesses of each team rather than root for a single team.

10: How good are you?
Song: They just say I'm the ace. I didn't mention it first. (laugh) I think my fastest pitch was... about 120 kilometers per hour. Oh, it's not like I've had it measured before but people have told me it'll be around that... My coach has been telling me that there'll be some damage to my pitching though since I've been missing out on the games. (laugh)

10: Right now it seems you're the ace of "Life is Beautiful" (laugh) What is the single value that you have held onto till now and would want to continue to have throughout your acting career?
Song: I hope I don't lose the feeling that I want to 'keep acting'. I feel extremely happy and blessed to be living as an actor so I hope it never becomes tough or tiring. I want to live as an actor who continues to know how to have fun on stage and enjoy people's attention and criticism, whether it be good or bad. It's like that with "Life is Beautiful" in particular. There are people who enjoy it and some who are still more reluctant to accept the topic of homosexuality but I think I should be thankful for all the attention since I believe that is what helps me improve on my acting. 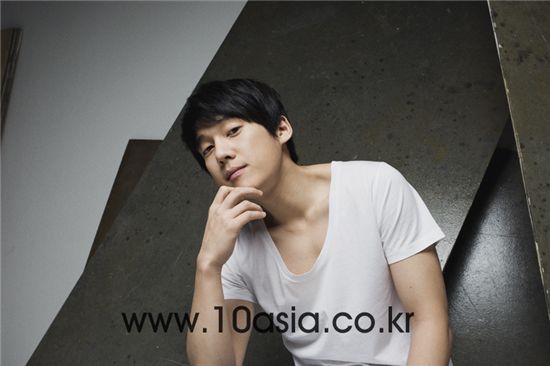 Actor and musical star Song Chang-eui poses during an interview with 10Asia.