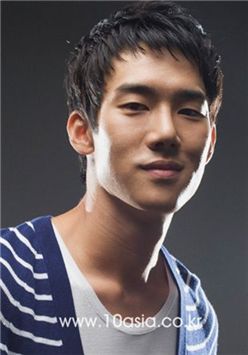 My name is Yoo Yeon-seok. My real name is Ahn Yeon-seok but my agency suggested I go with another name because it sounds a bit weird. My mother's last name is Cho so I was going to go with Cho Yeon-seok but I felt that if I changed it I would only get supporting roles. And it would be weird if I called myself Joo Yeon-seok. (laugh) After thinking about it I changed it to Yoo Yeon-seok and plus it sounds good too.
I was born on April 11, 1984.
My father is a professor of selenodesy. I lived in Seoul until I was six years old and we moved to the South Gyeongsang Province because my dad was posted at a national university there. I spent most of my school years there and when I was a junior in high school I wanted to take up acting so I followed my brother who was studying another year to enter university to Seoul and the two of us lived near Sejong University. We still live together, near the district of Samseong. Sometimes our mom comes to cook for us.
I can speak with a Gyeonsang Province accent as well as the standard Seoul dialect. My parents used the standard dialect when I was younger but I spoke with an accent because of my friends. I fixed the accent after coming to Seoul but whenever I go back to Jinju to meet my friends the dialect comes out naturally. I feel that as an actor, being able to speak in both the standard dialect and with an accent is an advantage.
I don't gain weight easily. I began to work out doing muscle exercises because I didn't want to look small since when I was younger I was skinny. I have quite a complex about my physique of not gaining weight but I feel more relieved nowadays because it's popular to have smaller yet defined muscles.
I was able to have a role in the movie "Old Boy" because of this older sister I met at an acting school when I was in high school. She was the same person who told me that I looked like actor Yoo Ji-tae and later on, she became part of the wardrobe team. I was able to get the role because she gave me a call about the child actor audition. I never had to pass out my resume.
In order to shoot the scenes where we are running and gasping hard in MBC's "Running, Goo", we purposely put on glycerin and ran ahead of going into shoot. But we didn't have to do any of that once we actually went into shoot because we would naturally sweat and be gasping for air from running a lot.
I did a movie when I was serving my mandatory military service. It was when I was a sergeant and each unit had to come up wtih ways to prevent accidents. We pestered the management saying we were going to create a movie because one of my successors was studying cinema directory at Dongguk University. We told them we would borrow the equipment from the school. We won an award from our unit for our video, which we made with a 6mm digital camera, on preventing suicide, and we were given a four day vacation.
Actor Kim Kap-soo, who played the role of my father in MBC's "HON - Soul" is very considerate. There are other actors who at that age and experience would blow up at the director if they are frustrated. There was a lot of shoots done at night since "HON - Soul" a horror thriller. The crew wasn't given any specific time to sleep the shoots would just continue on after they would be gone for a week to 15 days but Kim Kap-soo never complained.
I myself picked out the half-rimmed glasses for my role as Baek Jong-chan. I told my stylist to prepare several pairs and after looking them over I picked the one that made me look the most obnoxious (laugh). I think one's looks changes depending on the glasses. In MBC's "General Hospital 2" I wore these round horn-rimmed glasses which made me look like Brainy Smurf.
I like film cameras. While I was in the military, my father gave me a Leica M3 camera because he has a lot of interest in cameras since he works in surveying. When I was in the military and studying the books in original text, I realized that I liked taking pictures as much as I liked being in them. I also have a DLSR but it isn't that great so when I'm shooting I use it as a monitor. I have eight polaroid and film cameras. What I like about polaroids is that the staff likes to receive the photograph after taking a picture together. Nowadays you don’t have the hard copy of photos because everyone is posting up the pictures that they take with a digital camera. Also if you have the pictures you don't have to worry about the pictures leaking out. 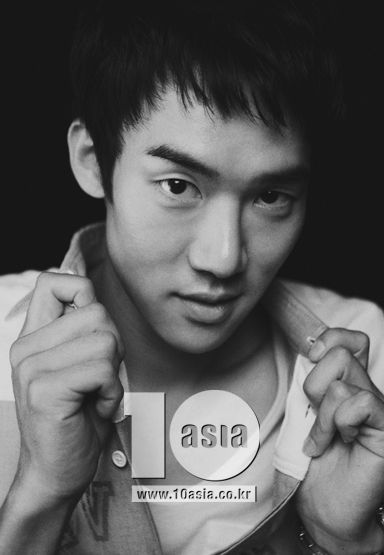 Actor Yoo Yeon-seok poses during an interview with 10Asia. 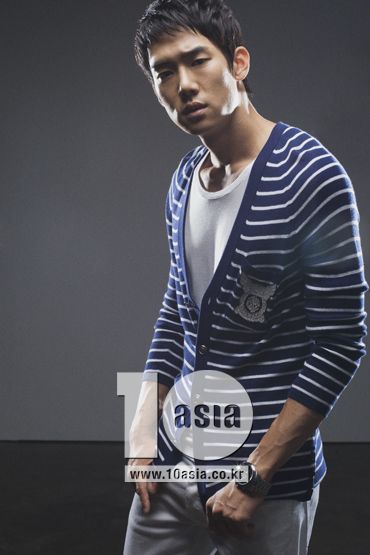 Actor Yoo Yeon-seok poses during an interview with 10Asia.

"[INTERVIEW] Actor Yoo Yeon-seok"
by HanCinema is licensed under a Creative Commons Attribution-Share Alike 3.0 Unported License.
Based on a work from this source