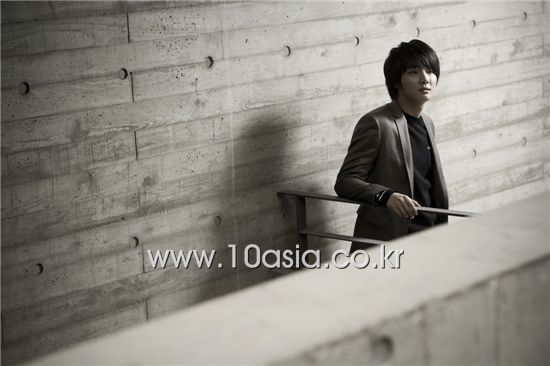 He debuted last year through MBC's smash hit sitcom "High Kick Through The Roof", the sequel to director Kim Byung-wook's popular family series from 2006. He then landed the leading role in KBS TV series "Bread, Love and Dreams", which averaged viewership ratings of 36 percent and breached the 50 percent mark on its finale episode. With just two acting roles, Yoon Si-yoon went from a noname newcomer to a star. 10Asia sat down with the 24-year-old actor to talk about his past, present and future.

10: I understand that you're doing interview after interview after "Bread, Love and Dreams" ended its run. This must be the first time you're experiencing such a thing.
Yoon: It is. This is already my fourth today. And I still have a similar number left (to do).

10: It must be difficult having to do interviews immediately after finishing up a 30-episode drama.
Yoon: It's not. I believe this is all just part of the process. It's where I can say "Thank You" as actor Yoon Si-yoon. And there's a lot I didn't get to say as my character Tak-goo either. I think this is very important.

10: How has it been talking to reporters?
Yoon: I'm lucky in the sense that they have been nice and like me. Some might say to watch out for them (laugh) but when I respond with sincerity, they would write about it the way I told it to them. I've never been hurt by articles before. And in a way, I feel more responsibility because they have viewed me in a positive light ever since I became an actor.

10: Like you say, you've been popular since "High Kick Through The Roof" which could be considered your actual debut work. But I think you must've feel pressured about having to play the lead of a drama, regardless of the response from people around you.
Yoon: I did feel pressure. But it's pressure over the acting I have to do more than anything else. So I think it was valuable pressure because it's something I have to learn to overcome as an actor. I can only become a better actor by overcoming that.

10: You said that you felt like you had become your character Joon-hyuk when you were doing "High Kick Through The Roof" but you now sound just like Tak-goo.
Yoon: I do, right? Everybody's been saying that this time around. And I think it comes from my love for my roles. Like when you date someone, you become like that person. I know I lack in everyway including vocalization, pronunciation, acting skills, emotional expression and movement. I know it but I love the roles I play. Both Joon-hyuk and Tak-goo. That's why I become like them. 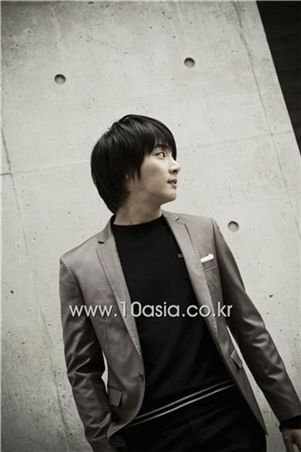 10: But a lot of people get scared even when they're doing what they like. Do you think you're the type that isn't scared or is good at overcoming such fear?
Yoon: I ask for help boldly. Because I know I'll never make it by myself. I never repress my emotions. I think Tak-goo is like that too. We're similar in that sense. I was able to overcome pressure or fear while playing the role of Tak-goo because I with other people -- I don't have the psychological strength to overcome it alone. I'm the type that asks boldly and bravely, 'I can't do this without you'.

10: Who is usually the most help?
Yoon: I guess my closest friends are my manager or stylist. The conversations we have while I'm looking at my script and while I'm eating help so much. And like they protect and support me, I feel that responsibility to do the same for them as well. I feel like I should become someone they can rely on when they're going through hard times as much as I rely on them.

10: Becoming a star could be one of the ways to become that sort of person. (laugh)
Yoon: This is what I think. That if you are someone who holds his ground, you can be that someone who others rely on. They'll lean on you because you're standing firm. And it's people who are always there in the same place, people who you want to go back to, that are the ones you want to rely on, not the ones who speak elaborately. 25 years old could be considered both a young and old age but I'm going to try not to lose my ground. And if I manage to do that, I think that one day I'll be someone that my family, my friends and that someone that I will love someday, can rely on.

10: That ultimately means you have to have your own set of beliefs or convictions. What are they?
Yoon: I believe in the power of positive thinking. And I believe that power can change others too. I think good things will happen if you try to look at good things and think good thoughts.

10: Was Tak-goo like that?
Yoon: He was like that, always. He'd be making bread in the bakery no matter how fickle Yoo-kyung acts and he returns to Palbong Bakery even after he achieves everything in the end. He achieved everything solely through the power of positive thinking, without having to fight or clash with someone. And it's not like he was hard on himself. He was the type of guy that upgrades himself in a Spartan-like manner. So when I shot scenes where he's in a competition or has to change the mind of the board of directors of his company, I did so with the mind that he doesn't want to win but finds significance in the process of doing so. That's the kind of kid Tak-goo was.

"[INTERVIEW] Actor Yoon Si-yoon - Part 1"
by HanCinema is licensed under a Creative Commons Attribution-Share Alike 3.0 Unported License.
Based on a work from this source