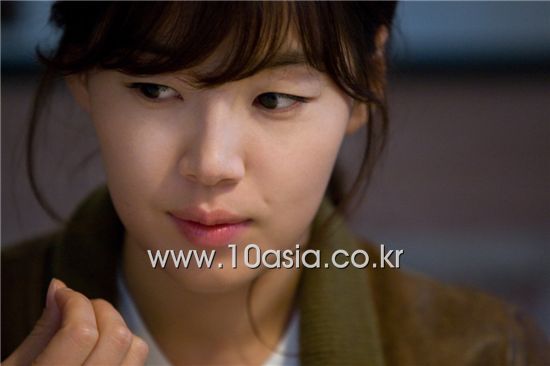 Han Ji-hye now has seven years of acting experience under her belt, a career long enough to consider KBS TV series "Sweet 18", the first TV series she played the female lead, a drama from her past. And it may have seemed like she came to a brief halt when she showed similar acting skills in film "My boyfriend is type-B" and "Sweet 18", but she expanded the range of characters she plays through MBC drama "East of Eden" and film "Blades of Blood". The reckless high school girl who had no particular dream in "Sweet 18" has matured into a woman who helps a young man achieve his dreams in KBS "Drama Special - Pianist" and a reliable senior to SHINee member Choi Minho who is taking his first shot at acting.

10: You're standing in front of the camera for the first time in a year since getting married.
Han Ji-hye: I actually went to a lot of events such as film festivals but the last time I appeared in a TV series was "East of Eden". I really missed acting a lot during the short time I was on the break so I was thinking I'd be happy to be whatever role I was given. That's when I was offered this role so I'm taking part in filming for the drama thinking that I'm shooting a short film.

10: How did you feel the first time you read the script for "Drama Special - Pianist"?
Han Ji-hye: I felt that it was a piece that would go well with winter because a lot of calm classical music plays in the background. I actually don't listen to classical music that much but I think it'll be a great drama even for people who don't know much or are not interested in classical music.

10: In-sa is someone who helps Je-ro (Choi Minho) achieve his dream although she has given up on hers. What is your interpretation of her?
Han Ji-hye: She's just an ordinary girl. Just like there are tons of people around you or me who have not achieved their dreams, In-sa dreamed of becoming the world's greatest pianist when she was young but ends up living as a part-time instructor. I think a lot of people will be able to relate to the story right away in that sense.

10: You have mostly played characters that are bright and cheerful but this time, your character is a gloomy person who lives a life completely opposite from the life she originally wanted.
Han Ji-hye: That's why I'm so excited. (laugh) I can't play cheerful characters forever so I wanted to show a new side to me. I personally hope my character will be seen as someone who never laughed until she met Je-ro. That's why the director actually asked me to tone down on the gloominess when we rehearsed our lines so I have but she's someone who was very dark in the beginning, then starts laughing after she meets Je-ro, then is depressed again for a short while, but ends up living a happy life.

10: It sounds like In-sa's emotional change depends on Je-ro's presence. It couldn't have been easy to portray such change through a single-episode drama.
Han Ji-hye: I learned a lot about how to contain my emotions within my eyes and speak with them, and about reacting to the other person's reaction by working on movie "Blades of Blood". I think the effort I put in into trying to analyze and express each scene delicately helped a lot. I think I've changed a lot in terms of how I act.

10: In a way, your character is someone who supports main character Je-ro.
Han Ji-hye: Actors actually dream of playing such roles. Women are usually the passive ones in dramas but In-sa leads the story in "Drama Special - Pianist". That's what I like about it.

10: You're working opposite SHINee member Choi Minho who is acting for the first time. How has it been?
Han Ji-hye: I was happy when I first found out that he was cast for the drama. It may be because he's in a group but he wasn't shy and friendly so he comes up to me to talk about this and that. And I wasn't worried about him in regards to his acting because the fact that we were going to act together in the drama was important, not how good or bad of an actor he is. It's true that he lacked a lot in terms of acting out his lines because it's his first time acting so we read over the script several times. Choi Minho is very busy (laugh) so we read over the script at eleven at night and once in Yeouido at nine thirty at night. But he's increasingly doing a better job over time. It's probably because he's been in front of the camera a lot. 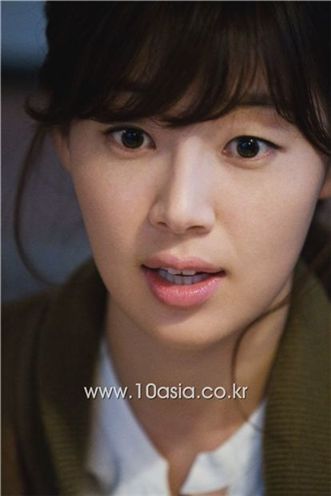 10: Je-ro is a 21-year-old guy who is a beginner at love and can't afford to achieve his dream by himself so it has to be important and difficult for him to express that frustration. How was it having to watch him pull that off?
Han Ji-hye: I think Choi Minho as himself is Je-ro without needing any particular lessons in acting. When he sometimes puts on long and hard gazes like he does on stage as an idol singer, the director would tell him, "Je-ro isn't like that. You have to give a shy glance". And he would then immediately give a shy glance with his big eyes. (laugh)

10: What is Je-ro to In-sa who no longer has any dreams and is unmoved when it comes to love?
Han Ji-hye: He's very special to her because he helps her find the vitality she had forgotten about. So he is someone who is refreshing to her but she worries over the fact that he is too young. He then ends up becoming someone who makes her more frustrated and hurt.

10: It's been seven years now since you made your acting debut in 2003 through movie "Singles". Do you think you have changed in terms of determination or attitude toward acting?
Han Ji-hye: I have formed the habit of taking notes after writing a book recently. And thanks to the iPhone, I can still take notes without having to carry around a pen and paper so I keep taking notes when I'm on set as well. People think I'm sending text messages. (laugh) I write down things like 'I liked how I expressed my emotions in this scene but my facial expression didn't bring it out enough' or 'I had a tough time shooting this scene today'. Then I'll refer back to them when I'm in a similar situation and even if it's not related to the shoot, I'll just jot down thoughts that I have in my mind.

10: What did you take note of while working on "Drama Special - Pianist"?
Han Ji-hye: Choi Minho recently told me that his fans are most important to him which is actually hard for actors to say because singers are always performing in front of an audience but actors don't so they quite often forget how important fans are. So I wrote it down because it inspired me.

"[INTERVIEW] Actress Han Ji-hye "
by HanCinema is licensed under a Creative Commons Attribution-Share Alike 3.0 Unported License.
Based on a work from this source