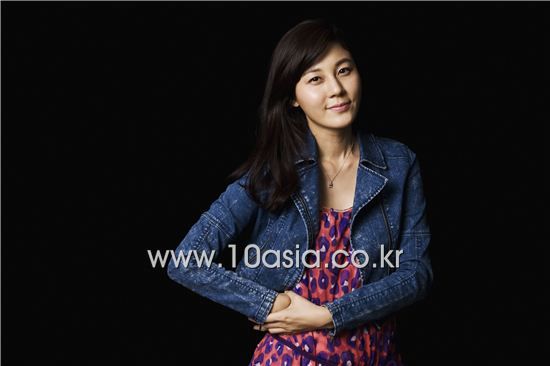 10: At the last press conference for "Road No. 1", you had said you don't know whether you'd be able to pull off the role of your character Soo-yeon but once the drama started, it felt as if I was watching an angel.
Kim Ha-neul: She's full of love. And she knows how to love.

10: It's to the extent that it seems transcendental. You embrace characters like Soo-hyuk (played by Kim Jin-woo) who is a nuisance and look after Myung-ho with whom you are not related in any way.
Kim Ha-neul: I don't know. I myself fully understand and sympathize with her. The situation has been expressed in a slightly dramatic way but wouldn't anyone in her situation do what she is doing? And don't you feel sorry for Soo-hyuk? In how he is trapped inside an ideology. And she's a doctor so she'll want to save soldiers who are dying and want to look after a child she finds in the midst of all the chaos. It's the same with how she got tortured instead of the nurse. I don't think I'd stay put if someone was getting beaten up like that in front of my eyes. I may want to run away and become selfish over something small but I think I'd rather become altruistic when put in an extreme situation. For example, it's the same reason that the soldiers in our drama take part in the war, even though they know they might easily die from a gunshot. I think that and what Soo-yeon does are similar.

10: Are you normally the compassionate type? Or is that your understanding of Soo-yeon's situation from her point of view?
Kim Ha-neul: I think it's both. There's a bit of compassion and a lot of what I've come to accept while playing the role of Soo-yeon. It's fully understandable from Soo-yeon's perspective.

10: Then if you were able to sympathize with her in such ways, why were you worried about being able to pull off the role?
Kim Ha-neul: Sympathizing with her and being able to express her are two different things -- understanding her based on the situation that I perceive her as being in versus trying to express what she is feeling from my own heart. For example, there will be a scene later on where Soo-yeon discloses her emotions fully. It's the scene where she dramatically meets Jang-woo (played by So Ji-sub) after not having known whether he was alive or not, and it was hard shooting that scene. He doesn't recognize anyone and has almost gone crazy because he is in a state of panic from being in the war yet Soo-yeon hugs him out of love and sympathy. It was different sympathizing with her in that situation and actually trying to feel it myself from within.

10: She seems like a strong person in how she protects her heart and even Jang-woo while the war is going on.
Kim Ha-neul: She's strong. Even more than Jang-woo.

10: Well I think that's because she's a maternal person but I think that too must've been difficult for you [to portray].
Kim Ha-neul: It was really hard. I don't know if that's the difference between being married and single but although all women have maternal love and I understood and sympathized with Soo-yeon, it was really difficult to express all of that.

10: Were there times when you wanted to just give up?
Kim Ha-neul: I did with the scene I just told you about. And I still don't like the take I got the 'okay' sign for. I was not satisfied with it at all. Viewers may not be able to tell though because it could still work if you can sympathize with the acting emotionally and situation-wise. But as an actor, I really just couldn't feel it. It didn't ooze out from within me... having to embrace Jang-woo like a baby with my heart although he is much bigger than me. That's why this is also what I've thought. How it would've been like if I had gotten to shoot that scene towards the end. I think it would've been a bit different.

10: Then are you saying that you accepted her towards the end?
Kim Ha-neul: I didn't accept her, I just was her.

10: You had said before that you decided to tak on the drama because the script was fun. What had the largest influence on your decision to take on the role -- the script, your character Soo-yeon, or fact that the drama would be pre-produced.
Kim Ha-neul: I was just honored to even be taking part in it. I had never run across a production like this during my acting career and I wondered whether it would ever happen again. It's difficult to make a drama based on the war in Korea. So that's what I liked about it and I liked the fact that I would get to do acting you can't do in contemporary productions. Characters in contemporary work are quite made up -- they are very dramatic and go with various situations that come up along the way. But our production was based on the actual Korean War so we were able to tell a story from that time as if it actually happened. I mean, what's the chance that you'll experience a war during your lifetime? Even though it was just a bit, I liked the fact that I could experience, feel and express the sad and tragic incident which happened only in Korea.

10: Did you feel more reverent?
Kim Ha-neul: That's right. That's why I felt an a great ringing deep down in my heart after reading the synopsis and scenario. I also became greatly with the characters and situation from those times.

10: Then it must have been difficult for you to play around with the character, try different things. For example, with your character Oh Seung-ah from "On Air", it seemed that you were adding more of your real self to your character but that doesn't seem to be the case with Soo-yeon.
Kim Ha-neul: With Seung-ah, rather than trying to feel out who she is by looking at the script, I added more to her by injecting a lot of my actual self into her. A definite character and situation had been set but you could say that I made her into more of me. But with "Road No. 1", I really wanted to become Soo-yeon. I really wanted to become immersed with the role. Should I say that I had great admiration for her? I really did. There is still so much more to show you than you have seen so far but the Soo-yeon I have experienced through acting is really great. That's why I wanted to become her. 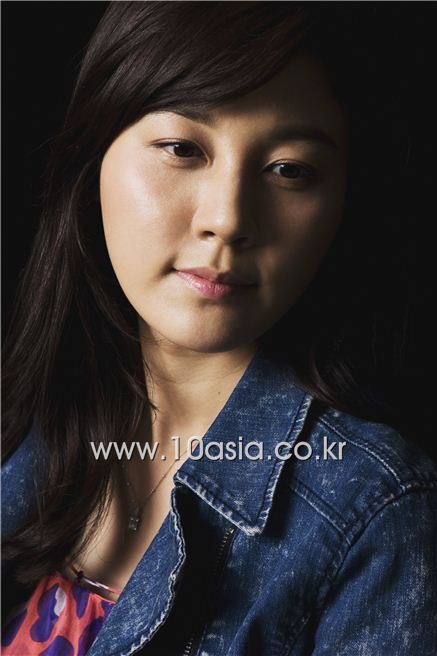