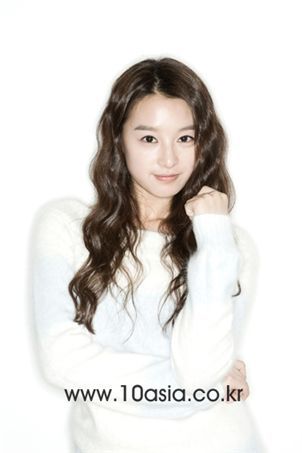 My name is Kim Ji-won. I like my name but since it's such a common name, so many people come up whenever you search my name on portal sites. I even asked my mom on what she thought of me working with a stage name but she firmly told me no.
I was born on October 19, 1992. My family is composed of my parents and my older sister who is two years older than me.
My friends threw me a surprise birthday party this year. They called my house and to make it seem as if there was an emergency, told me to come down quickly. And when the elevator doors opened up my friends were standing outside with a birthday cake! The sad thing was that they were all girls...(laugh)
I am a senior at Paekahm High School. Our uniform...isn't that pretty. (laugh) That is why I really liked the old-fashioned uniform that I wore when I shot the OranC commercial [soft drink in Korea].
Our school is coed but boy and girls take classes separately. My friends said, "We don't have any illusions about you being a celebrity but you definitely can with the guys. Just don't step outside of the classroom". (laugh)
However, I don't like to stay inside during break time. I really like going to the canteen. It is located on the first floor and I have to rush back upstairs when the bell rings because our classroom is on the fifth floor.
I honestly didn't know that I would have to wear a cropped tee-shirt for the OranC commercial. I was told that there is no way that I'd have to wear a cropped tee-shirt when I asked the stylist during the fitting. That is why I let myself go and ate a lot before the shoot but all of a sudden they decided on it...I stil can't watch the video properly yet (laugh) but one day I noticed that my poster had been stuck to the back of my classroom. With my stomach showing! Fortunately, even though my friends told me they loved it, it was changed to a calendar since we only have 100 days before taking the college scholastic aptitude test.
There was one person who recognized me because of my commercial. I was given more ice cream than usual when I went to Baskin Robbins! The worker asked me quietly if I was the OranC girl when I was paying and I told her I wasn't because I had dressed so sloppily. But my face was already red. (laugh)
I am pretty good at running. I trained myself by running to school to avoid being late. I also ran the relay a lot for our school's athletic games and the physical education teacher really liked me, telling me that I have good posture when I run. (Would you want to make an appearance on KBS' sports show "Let's Go! Dream Team?") Don't you think that I will do great on the show? (laugh)
I shot a cosmetics commercial with Girls' Generation's Seohyun but when we first met it was really awkward. We had to act like we were best friends and touch our cheeks together and I thought to myself how can I go about this. (laugh) We were able to complete the shoot with much more ease after Seohyun made suggestions on what we could do.
I would like to shoot a household appliance commercial if I was given the chance. I'm not that great with machines but I like looking at pretty stereos, laptops and toasters. (laugh) I really wanted to buy a camera when I made some money but it was too expensive, so instead I bought my sister some makeup.
I love music from the 70s and 80s. I especially love songs from veteran singers like Lee Moon-sae and Lee Sun-hee. I love Lee Sun-hee's song "Fate" and that is why I'm practicing it all the time. My dream is to make an appearance on SBS' talk show "Kim Jung-eun's Chocolate" and that is why I'm practicing really hard just in case they ask me...(laugh) I also like SHINee's songs. I liked Jonghyun...(News broke out about his relationship a few days ago) so I was sort of in coma that day. But I'm going to forget about it. I'm fine.
I really enjoyed watching KBS' series "Sungkyunkwan Scandal". I would like the chance to act with actor Song Joong-ki. I really like how he winks and all my friends talk about it too. (laugh)
My ideal guy was someone who looked good in their uniform when I was a freshmen in high school but nowadays I want someone who can carry on a funny conversation. I read a book titled "Love" and it explained that the important thing between people is conversation.
I really like the character Takenori Akagi from the Japanese comic series "Slam Dunk". Even though he screams a lot on the outside, he is actually a very warm-hearted person.
I plan on doing everything to the fullest with an open mind because it doesn't matter if I act or sing, this job allows a person to meet new people. I think it is best to show what you have.
I want live my life as a giver. I wanted to set up a social welfare foundation but the more I look into it, the more I'm coming to realize it costs a lot of money! Back then it was only a dream but now I'm trying to think of ways to make it a reality. 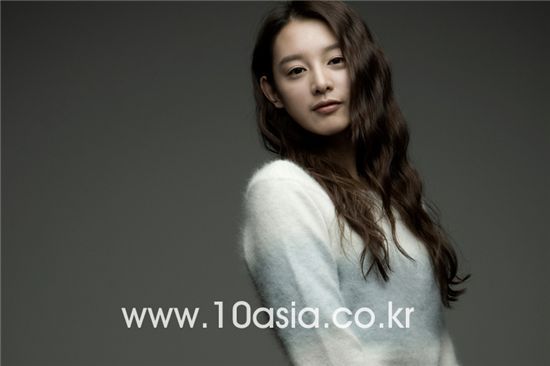 Actress Kim Ji-won poses during an interview with 10Asia. 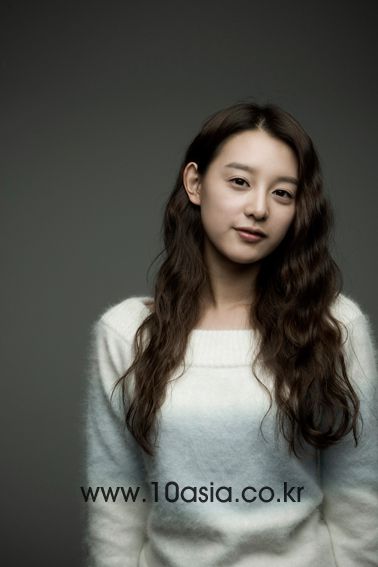 Actress Kim Ji-won poses during an interview with 10Asia.

"[INTERVIEW] Actress Kim Ji-won"
by HanCinema is licensed under a Creative Commons Attribution-Share Alike 3.0 Unported License.
Based on a work from this source