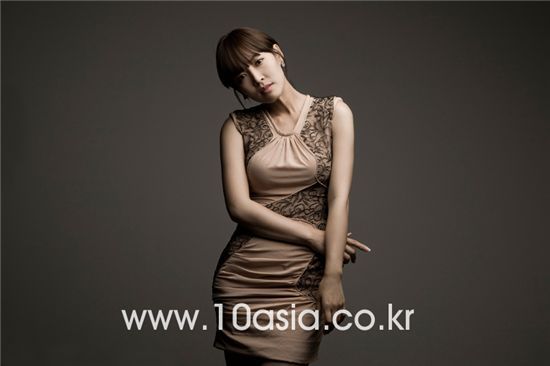 10: You have been a star since your teenage years. At certain times when you didn't have any work, it would have been easy for you, both emotionally and financially, to choose to do projects that didn't suit you but you never did. How were you able to turn them down?
Kim: I came close to doing them many times, haha. I don't think there was anything that was completely out of the question for me to do. But there were times when I would have done a not-so-great drama but it flopped. There was one drama that I wasn't so crazy about but thought, 'I'll just do it anyway". But they ended up casting someone else and I was humiliated. When you are forced to go on a hiatus like that, you begin to feel very determined afterwards. A part of me thought that I should just wait for something else to come along. You tell yourself, 'This is not the end of me' and endure it. When I look back at such times, I think those experiences helped me in the end but back then it was really difficult! (laugh)

10: I heard that when you debuted at the age of fifteen, you didn't think seriously about being an actor but that you just liked the idea of being one. But you got great reviews for "All About Eve", which you did when you were in your early twenties. People thought you looked like a real anchorwoman and that your pronunciation and vocalization were solid. Your unique and clear speech in "Prosecutor Princess" was also impressive.
Kim: When I was doing "All About Eve", I really practiced a lot, practicing my lines with a pencil in my mouth. Even now when there is something I can't pronounce clearly, I put a pencil between my teeth and practice. There aren't many opportunities nowadays to practice with older veteran actors because we have a different system for making dramas. But back when I was young, there were many veteran actors on the set and I was able to acquire certain things naturally. You know, like on the dramas I did when I was in high school. For MBC TV series "Mother and Sister", I had act face-to-face every day with veteran actresses Na Moon-hee and Go Doo-shim. I didn't have a particular obsession about pronunciation or vocalization, but it's just that viewers can hear me better if I say my words clearly.

10: I thought you would make a great narrator for documentaries.
Kim: I would love to do that! I really wish they would hire me. (laugh) I am very interested in things I can do with my voice. I want to do voice-overs for animations and it is my dream to host KBS music show "Open Concert". I want to be a deejay for late-night radio shows too but I don't know if they will hire me for late-night programs. Because I am so scatty. I might wake people up! Haha.

10: You seem to watch all kinds of TV programs. From what you've said on talk shows, you seem to know a lot of idol group singers too. 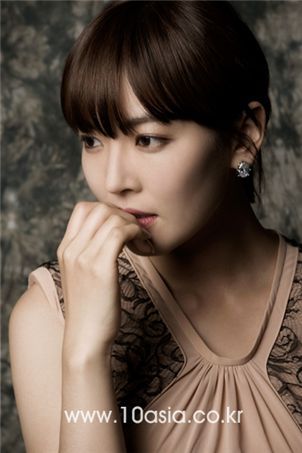 Kim: Ahaha, I know all about them! I watch SBS' "Inkigayo" every day at home. I watch a lot of old dramas and shows on cable and my favorite show is SBS' "Wowhow". Observing how people live their lives is very entertaining, but there are many inspiring and heartbreaking stories on the show as well. I think it's the best show, really.

10: There seems to be a little gap between how you look and how you sound. You look like an urban, intelligent woman but you sound like a very lively person.
Kim: I tried to lower the tone of my voice in the past. When I would laugh out loud and say hello to the president of my agency, he used to tell me "Change your voice. Act like how you look!" But he gave up one day and now he imitates my laugh. The funny thing is, the things that I had been trying to hide, fix or get rid of for a long time has now become acceptable after playing Ma Hye-ri.

10: Because now you have been accepted for being you?
Kim: Yes. I got a negative criticism right after I did "All About Eve". People said that I was pretentious and trying to act cute, and it hurt me so badly that I avoided doing video interviews for a long time. I did interviews with many different media outlets and whomever I met, I would think it was fate in some way and try to be nice to them. But people misunderstood me in various ways and that was very upsetting. I still remember my make-up artist telling me, "Someday people will know the real you". And exactly ten years later, I was able to go from being Heo Young-mi to being Ma Hye-ri. I love that I can be so comfortable doing this interview right now. That is why I am so grateful to Hye-ri. I was able to start over by playing her and now I don't get just one type of character. And even if I go back to playing such characters, I am thankful that people will know that it is "...ing" and not the real me. I really feel like I am back at the starting line and like I finally have done and am away with something I was supposed to do.

10: You received the People's Choice award for "IRIS" at the KBS Acting Awards last year. It was funny to see you so much more ecstatic than I thought you would be. Do you wish you had more star power as an actress?
Kim: I would be lying if I said I didn't because I do feel happier when I have more star power. But I don't want to chase after empty goals like being the most-searched celebrity on the web or being in the spotlight. I used to desire such things in the past but now I know how easily they vanish and you can't see anything else if you are too caught in that. These days I am trying to be indifferent to things like that.

10: It took exactly ten years to go from being Heo Young-mi to being Ma Hye-ri. Now that you have entered your thirties, is there anything you want to achieve?
Kim: This might make you cringe but really, my head is full of thoughts about acting right now. So much that I feel like the actress Kim So-yeon has eaten up the human being Kim So-yeon. So I want to keep working non-stop and do everything that I can possibly do. I don't have plans of becoming a certain actress by doing this and that. I want to be a truly great actress who works hard, plays all kinds of characters and can always do the work that she wants to do. Because I know that waiting around is really hard. (laugh)

"[INTERVIEW] Actress Kim So-yeon - Part 2"
by HanCinema is licensed under a Creative Commons Attribution-Share Alike 3.0 Unported License.
Based on a work from this source