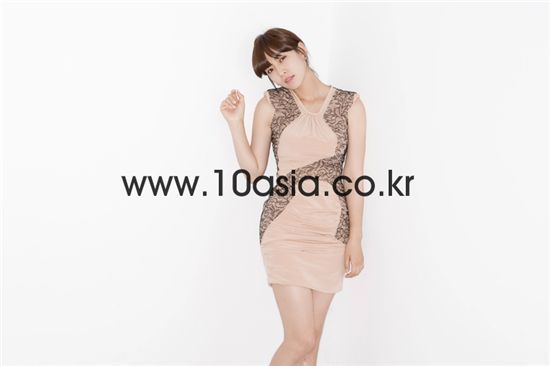 10: Your actual personality of being unpredictable and vivacious, that you showed on the talk show, often also shows in your portrayal of your character Ma Hae-ri. Have you considered yourself to be similar to her?
Kim So-yeon (Kim): Of course. From the start the director and writer told me to be myself and it was to the point where in the beginning, I became worried thinking 'Is this okay? I don’t feel like I’m acting'. The scenarist wrote the script incorporating my original form of speech and laughter and I think I couldn’t tell the difference between me and my character Hae-ri toward the end. I have two older sisters and I am the youngest of the three but I was the only who had a very cheerful personality ever since I was young. My dad even really really liked it when I would act in the most coquettish way and both my mom and dad see me as a little girl. Have you ever held hands with a boy? When did you ever kiss someone? They ask me these questions thinking I don't know how to. (laugh)

10: However, it may seem like Hae-ri is thoughtless girl trying to act cute so what are some of the things you paid particular attention to in order to portray her as a loveable person for the female viewers?
Kim: I think from the first episode up till the fifth episode [about the child molester case of Ji-min] was about showing the extent of Hae-ri’s thoughtlessness. Honestly, she's the kind of person who lives strictly in her own world, loves herself a lot and has no intentions of hurting anyone on purpose so I thought really hard about how I would be able to express this character who you should not hate. More so because I knew she’s not but it could easily seem like there’s nothing more to her than the fact that she’s thoughtless. But I think it came to me in a flash while I was playing with my eight-year-old niece. When you ask the question "Do you like this person or that person?" adults would hesitate to answer but children answer right away saying "This person!" and when I ask "Do you think I'm pretty or not?" they would answer honestly, "No, you're not pretty!" But whether she answers in this way or that, I just couldn’t stop thinking how loveable she is. So I thought that the audience was unable to hate Hae-ri because of how honest and naive she is, like a child. 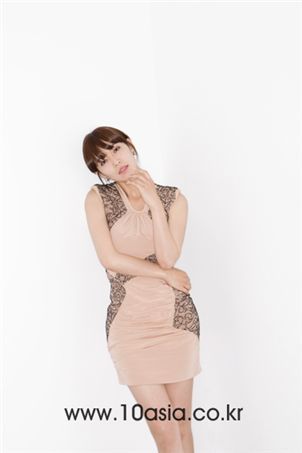 10: Which scene was the hardest to take on?
Kim: When I was reading the synopsis I really liked the part where Hae-ri is shown as being very fat while in high school and I wanted to highlight those scenes so suggested ideas like “How about I stand in front of the mirror and dance or dance while cleaning the house?" to the director. I felt that her not having had much social interaction and being doped over and over again in the past was a crucial factor to what her current personality turned out to be like. It took about seven to eight hours to put on the special disguise for the scenes where Hae-ri reminisces about the past and we had to do it several times because it kept melting down. My hands and face were really heavy and I don't usually sweat but after putting on the disguise, it was so hot to the point where drops of sweat would fall. At the time, we were several weeks into shooting the drama without sleep, so the director said he thought I could even collapse because he knew how hard those shoots [in special effect make-up] were. For me it wasn't really that hard so thanks to that I was told I have ‘heaven-sent physical strength.’ I was fine, other than the fact that my whole body felt like it had gotten beaten up and I had trouble walking the next day. (laugh)

10: After Hae-ri goes on a diet, her trademark becomes wearing extravagant clothes and killers heels. But what is your everyday style like?
Kim: A long time ago I really liked dressing up and it was almost like a hobby because I would try on clothes when I get bored at home. In a way, I was thought I was creating my style and wrote down 'this outfit matches with these shoes and that outfit goes with those shoes' and I would refer to it whenever I go out. There was a time when I couldn't just walk past bags, shoes and accessories [without buying something] but now I think I'm less greedy and don't think about it as much. I will sometimes give my bags to my sister or mom because it's such a waste to have it laying around and most of the time I dress in comfortable clothes. Since I am girl I will probably want to dress up again but sometimes I feel it's a waste of energy

10: How did Ma Hae-ri's unique hairstyle come about? It was quite popular.
Kim: I had short hair, a different style for the first shoot but when I took a photo [with my mobile phone] and sent it to the scenarist, she suggested that Hae-ri would look better in a prettier and cheerful type of hairstyle. So after we wrapped up shoot that day, we created my hairstyle with its bangs and drizzling curly hair through a ten-hour process. Hye-ri hinks she is pretty and because she loves dressing up, she would spend the morning curling her hair but I thought that the character itself shouldn’t actually be pretty ? it could rather make Hae-ri less attractive to the viewers. So, I just pushed forward with that and I felt that I became Ma Hae-ri whenever I wore that hairstyle. 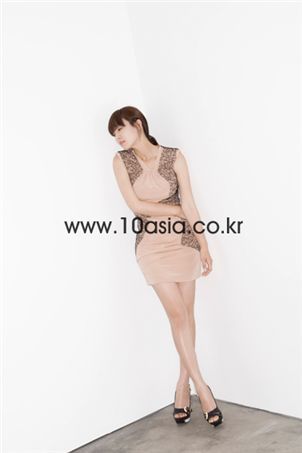 10: After KBS' "IRIS" finished its run, you appeared on talk show "Win Win" and said that your family finally boasts about your success. What did your family have to say about "Prosecutor Princess"?
Kim: Of course my mom really liked [my character] Sun-hwa in "IRIS" but this time she loved "Prosecutor Princess" so much that she would stay home all day to watch it. To the extent where she would call SBS Plus to find out the times of the reruns. (laugh) She especially likes the scenes where Hae-ri imitates the tone of Seo In-woo (played by Park Si-hoo).

10: There are many people who envy you for your great body. What are your secrets to staying in shape?
Kim: Haha. Great body! I don't have a great body! But I used to be very skinny before. I weighed five kilograms less than I am now so they had to pin my clothes because even the smallest sizes were too big for me -- 'skeleton-like' would be the very expression for it. But what was strange was that I didn't even know I was skinny. But I became much healthier while preparing for "IRIS" because I worked out, was on a different diet and so I wear different size clothes now. But I like the way I look now and I used to think that skinny girls looked pretty before but I think girls who look fit look prettier now. Of course, I won't try to fool myself -- it's tough working out and the diet doesn't taste good but I think I've become much healthier mentally. What is important is that you shouldn't become stressed while working out. I'm lucky in that sense because my trainer taught me to exercise while having fun.

10: Is there an actor who serves as your role model?
Kim: Everyone that I meet in everyday life is my role model, rather than it being someone in particular. Like my manager, stylist... I even practice my acting while playing with my nephew. Everyone is different when they're watching TV too so I think that's its' important to be open-minded when it comes to judging people.

10: Many people are looking forward to the second season of "Prosecutor Princess". What are your thoughts on this?
Kim: I'd definitely be happy to do it! I'm not looking forward to it because the director told me it would be unlikely to happen but I think there is no reason at all that I wouldn't be able to work with such enjoyable people again. There are a lot more detailed stories to tell about prosecutors so I really wish it would happen! Haha.

"[INTERVIEW] Actress Kim So-yeon - Part 3"
by HanCinema is licensed under a Creative Commons Attribution-Share Alike 3.0 Unported License.
Based on a work from this source