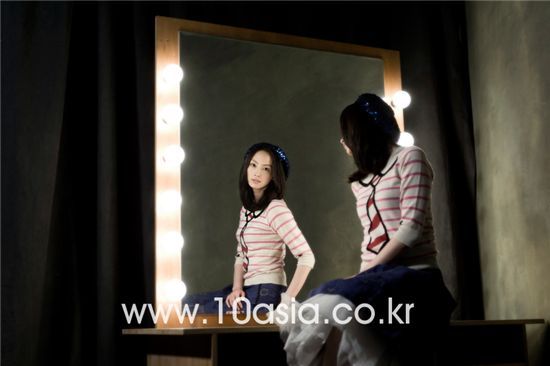 10: Is it because you have to enter into a world that has already been established?
Lee Na-young (Lee): Of course. The character Lee Na-bong that I played in "High Kick Through The Roof" doesn't have a story like the other characters have. That's why it's even more embarrassing to enter that family-like world and leave it after shouting a few words. I think I'll watch it later on. If the response is good, I'll watch it within the next couple of days but probably much later on if it's quiet.

10: What are you most worried about?
Lee: That I might not be funny. I really wanted to deliver the element of 'fun' to the audience through "High Kick Through The Roof". [Upon hearing the sound of people's laughter outside] Ah... They're probably laughing because Mr. Jung Bo-suk is funny. What do I do... I'm so ashamed. I think I become ashamed much easier than I used to.

10: Why do you think that's happening?
Lee: I don't know. But I say I'm embarrassed much more than I used to. Whatever it is, even with taking photographs, it's so embarrassing. What do you think is the reason?

10: But isn't it possible to become more shameless and used to something if you do it for a long time?
Lee: What I've been thinking these days is that as an actor, no, not just for actors but for everyone, there are things which you should get used to but also never get used to. That's the hard part.

10: Does it embarrass you to think you have become used to something?
Lee: That would mean I've become unctuous. Not losing my sentimentality, not becoming unctuous and having a shyness to the extent it won't make the other person around you feel uncomfortable is my principle in life. I also think it's funny when people use the expression 'your acting is improving'. I mean, so do you get better and end up becoming perfect at it? (laugh) I'd rather show acting that is full of sincerity even if it isn't perfect. Of course, I know the audience have their own set of expectations and I'd get better depending on my filmography. 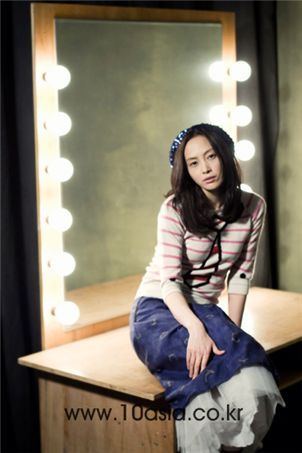 10: You went on the set of a drama for the first time in six years for "High Kick Through The Roof". It must have seemed a bit strange.
Lee: I was extremely embarrassed. Starting with the fact that I'd have to act funny with a moustache on my upper lip in a world where everything has already been established. But I was able to finish the shoot thanks to my partner Choi Daniel who helped me out a lot. It's actually the first time I've come in direct contact with someone so much. I slapped his bottom, kissed his cheek, slapped the back of his head... But when I kissed Choi, he said, "Hey, you're not a guy but you're bristly!" (laugh) The funny part came when I had to snatch away everyone's food and eat it. It reminded me of the scene from "Ocean's Eleven" where Brad Pitt walks around eating chocolate. I had always wanted to try that sort of acting. Anyway, I hope I was funny.

10: What makes you want to take on a role when you get a script?
Lee: My standards have become very vague in that sense. There are times I go for a role, regardless of the circumstances, when I get a good feeling about it like I did with "Dream" and "High Kick Through The Roof". It was the same with "Ireland" too. I'll sometimes take on a role if I think I'd never get the chance to do it again or I'll do it just for the sake of working with a certain director rather than because I like the scenario.

10: Then what makes you lose interest?
Lee: When I don't find the scenario or the character interesting. It's a bit hard to explain this but I sometimes don't know why I should play certain roles again.

10: Roles that you've played in the past or others?
Lee: Both. I will if there is room for me work with the director to make certain changes but no, I can't do things just because I have to.

10: But what if you still have to?
Lee: Then I will. If I still have to, I'll do it while staying true to myself as much as I can. It actually doesn't happen that often these days but when I first started acting, there were some roles that I thought didn't suit me though I don't know for what reason. I simply thought this isn't the job for me. Before taking up acting and up till college, I didn't know what I like and didn't have a dream. I think I started thinking more about myself while working on different roles. I think I came to realize what suits me, what I like and don't like, while studying the various characters I was given to play.

10: If there was a time that you thought your job isn't for you at all, how did you come to change your mind?
Lee: It was because of the movie "Who Are You - Movie". That's when I started looking at scenarios and studying different characters. I became really surprised after reading the scenario for "Who Are You - Movie" because it seemed like so much fun. I worried over what I would do if I didn't get the part. The movie was so ahead of its time. It had avatars while the film "Avatars" came out just recently.

10: How do you think your life would have turned out if you had quit acting before "Who Are You - Movie"?
Lee: I don't know. I think I might have left the country to study different languages. I actually started acting while attending an English academy to transfer to a new college. I didn't have a dream in particular back then -- it changed depending on my friends' dreams such as to be a nurse, stewardess or anchorwoman. The only thing I was really ambitious about was language.

10: Are you still ambitious when it comes to language?
Lee: I do try to keep up. But I'm not good. I should try harder if I want to become really good but I just go when I have time to, thinking that I'll probably get better some day. 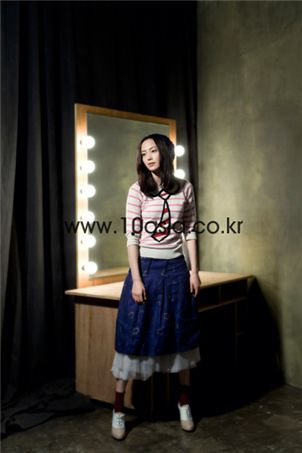 10: If you get good at something, are you the type that finds satisfaction in that you are good at it or do you try to utilize it?
Lee: If I become good at something, I guess I'd be able to put it to some use though it may not be for anything extravagant. So what? I always ask myself that question because I have to do things that I'm the least bit interested in. If I feel something with my heart, it gets delivered to my brain to make my body move. But the things I want to do change after I'm done working on a film or drama in particular. I felt a sudden emptiness after "Dream" so I wanted to fill it up with anything that came to hand. I ended up living on a very tight schedule during which I took lessons to learn English, play the piano, play sports... it was really tough although I wasn't working. (laugh) And after "Lady Daddy", I became scared of watching videos so I started reading. I actually almost never read novels up till high school but for the first time, when I was having a hard time meeting new people, I started reading on set.

10: I think you've beared well in this complex industry for someone of your personality. Do you ever feel your age, the fact that you're in your thirties?
Lee: No. I just think of each year. I can't really tell the difference between 2009 and 2010 either. Time flies just choosing a film, working on establishing a character and then shooting the film itself. A year goes by so quickly. That's why I've never thought, 'I should do this and this because I'm at this age'. If I was given a role as a high school student, I think I'd take it on willingly if I could persuade myself that I'd be able to tell a good story, no matter what others think of it. But to start with, actresses aren't given a large variety of scripts. Of course, it just may be that I'm not aware of it. (laugh)

10: You mentioned that you envied Kate Blanchett's role as a man in "I'm Not There". Were there any roles, played my male actors, that you would want to give a shot at?
Lee: Lee Jung-jae's character from "There is No Sun"! A humane gangster -- you can't help liking his character. And the role Brad Pitt played in "Snatch"... There are so many roles I want to try playing. I also want to try taking on an action film. I think I'd be able to work hard at whichever role I'm given but when I tell people I like to workout, they'll tell me that they can't picture me working out or expect me to stay home all the time. So when I tell them that I'm always outside the house and on the move, they'll ask the same question again the next time I meet them. I guess that's how they want to see me. (laugh) It seems like they're trying to keep me under this veil so I tell them, "I think I might disappear into the fog one day because you keep saying I'm trying to be mysterious".

10: Then what do you want to do from now on, when you unveil yourself?
Lee: When I got asked what I want to do back when I first started my career, I used to answer that I would just like to walk around Myungdong, but I think I've gotten used to this life. I don't think I draw a line between what I think is good and bad anymore. That's why when it comes to acting, I don't worry about my life as an actor anymore but more about what role I'll take on next, how I'll act and how I'll express myself. That's why I can't predict what I want to do or what lies ahead of me. It's also why I feel uneasy but there are many things I find interesting right now so I hope I get to work a lot.

"[INTERVIEW] Actress Lee Na-young (Part 2)"
by HanCinema is licensed under a Creative Commons Attribution-Share Alike 3.0 Unported License.
Based on a work from this source